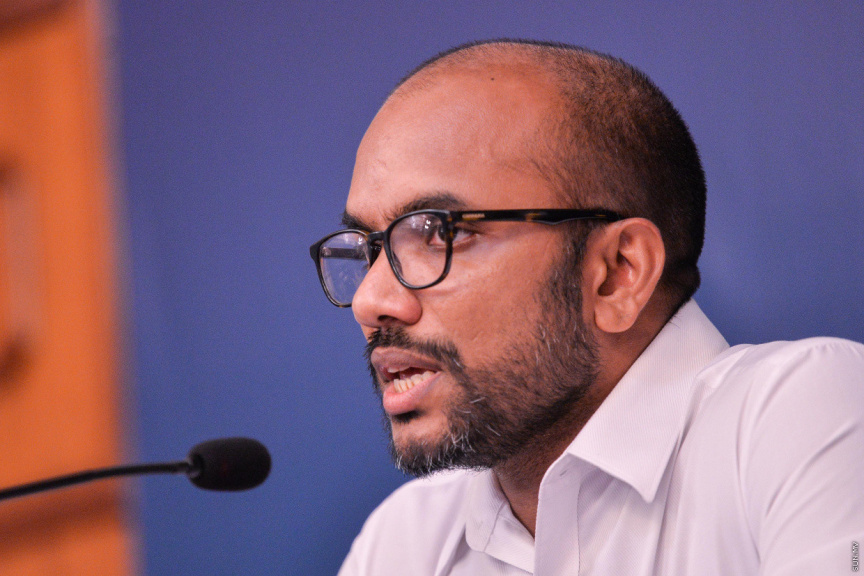 Finance Minister of Maldives Ibrahim Ameer has said that an additional MVR 12 billion was needed due to the low state income and the less amount of foreign aid received than previously anticipated.

Speaking in the Parliament’s Economic Committee today, the Minister said that it was at first estimated that MV R 29.9 billion would be received as aid. He also noted that the state’s expenses were very low due to the COVID-19 pandemic.

It is now anticipated that MVR 15.18 billion would be received as foreign aid. He did not specify the exact amount that the Maldives has received so far.

“There is a financial gap of around 16-17 billion for next year. We still have to source MVR 12 billion for this year.” said the Minister.

The estimated overall fiscal deficit of the country is now MVR 15.8 billion, according to the Minister.

“We can estimate that the state would earn MVR 19 billion as income and aid next year. We are estimating that the fiscal deficit would increase to MVR 14.4 billion.” said the Minister.

It was also expected that the GDP of the country would suffer and to stand at 11.5 percent as opposed to the initially projected growth of 7.5 percent.

“We estimated that 1.7 million tourists would arrive at first. However, now we are estimating 980,000 tourists to arrive.” said the Minister.

The deficit of the state budget would be around MVR 12 billion, also said the Minister.