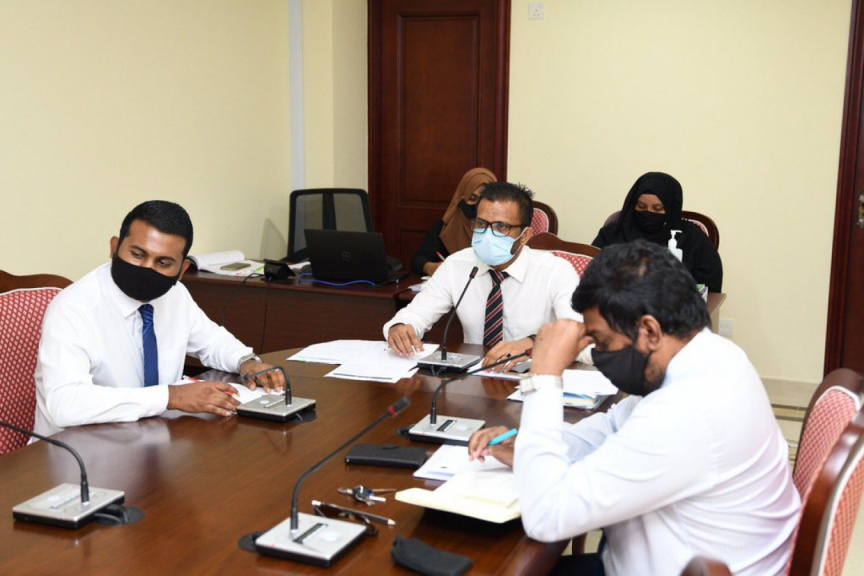 A sub-committee of the Parliament’s Ethics and Disciplinary Committee has been formed to collect statements from MPs and inquire further information regarding the altercation that occurred inside the parliament on June 2, which left opposition senior MP Ahmed Shiyam injured.

A letter was sent by MP Eydhafushi, Ahmed Saleem who is the minority leader of the parliament, to the Speaker Mohamed Nasheed, for an investigation by the Ethics Committee regarding the altercation.

The matter was forwarded to the Committee, which held a meeting to evaluate the incident at 14:30.

MDP MPs proposed forming a three-member committee, while Dhangethi MP Mohamed Nazim proposed a committee that would represent all political parties. The proposal by MDP was the one that was passed later on. MDP MPs Yasir Abdul Latheef and Mohamed Wisaam as well as PNC MP Adam Shareef, are the members forming the sub-committee.

The formation of the sub-committee also saw criticism directed by Nolhivaram MP Mohamed Nasheed Abdulla who said that MDP was conducting things in any way they wished because they had the majority inside the parliament. He also accused that MPs were afraid that actions may have to be taken against the Speaker Mohamed Nasheed, who the MP alleged, gave the order to MDP MPs to remove MP Shiyam from the parliament that night.

MP Nasheed also questioned whether the matter can be finished by a committee of MDP MPs when MDP MPs did not believe that MP Shiyam was removed against the regulations. He later left the committee after expressing his anger.

MP Nasheed was also joined by MP Nazim in expressing displeasure in how the committee was formed. He said that MDP was using its powers of supermajority unfairly and that the minority did not have a voice in the Ethics Committee.

MDP, however, said that the sub-committee was merely formed to collect the statements of MPs and collect information regarding the altercation. The Ethics Committee will decide on the findings of the sub-committee. They also noted the absence of the PPM/PNC MP who had initially proposed the inquiry at the Committee meeting.

The altercation inside the parliament was also submitted to the Police MP Shiyam who says that it was a violent attack on him.