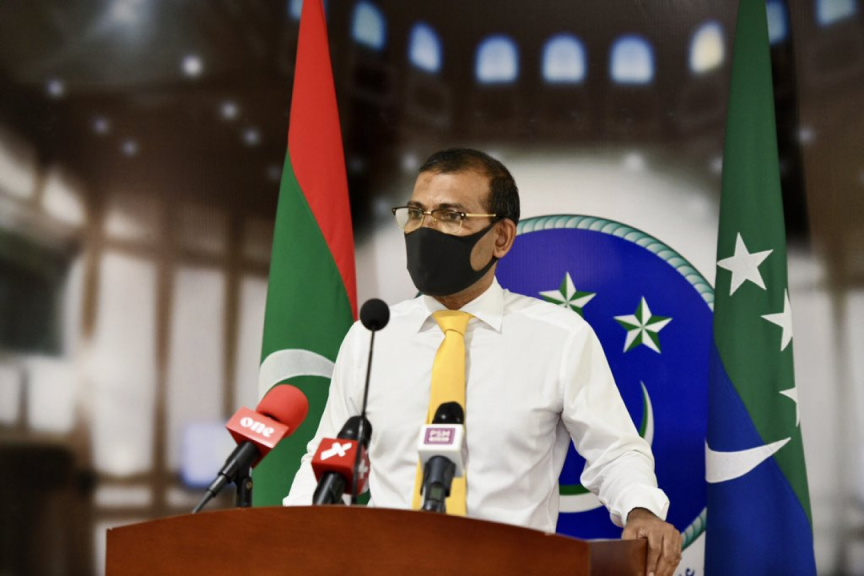 Parliament Speaker, former President Mohamed Nasheed has settled the payment ordered of him by the Anti-Corruption Commission (ACC), following an investigation into a complaint he misused public resources to attend a campaign event organized by Maldivian Democratic Party (MDP).

The complaint was lodged with ACC by a private citizen in response to the decision by Nasheed to travel to Fuvahmulah City and Addu City to attend campaign events upon conclusion of an official visit to L. Gan to attend the Southern Maldives Councilors’ Conference held in November 2019.

ACC concluded its investigation and ordered Nasheed to reimburse the Parliament of MVR 444 in additional expenses incurred following his decision to travel to the two cities on February 19.

The corruption watchdog found that MVR 1,333 per person was incurred as airfare for Nasheed’s bodyguards and the Chief of Bureau Officer to return to Male’ City from Addu City upon conclusion of the extended trip, while the airfare from Kooddoo to Male’ City at the time was MVR 1,222.

ACC ordered that Nasheed pay the MVR 444 in additional expenses incurred due to the decision to the Parliament out of his own pockets.

Nasheed had said he did not wish to challenge ACC’s decision when it had issued its report in February.

Nasheed: Review would show incidents of 2012 was a coup