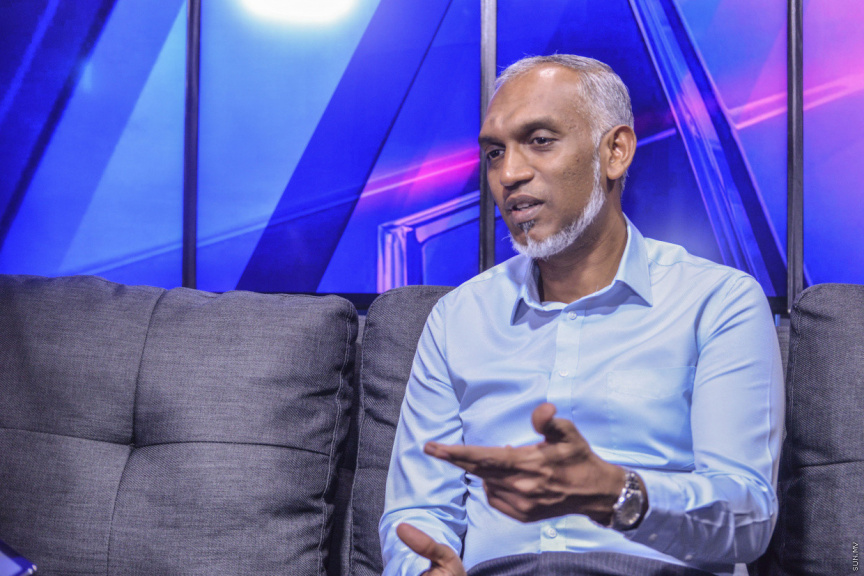 Public Prosecutor Ahmed Shafeeu said that Dr. Muizzu was charged with perjury after providing false testimony as a witness on behalf of Noomadi Resorts and Residences and the Permanent Court of Arbitration in The Hague, against the Maldivian state on June 25, 2019.

Dr. Muizzu is accused of providing wrongful testimony by saying that he had not taken part in the negotiations to retrieve the island of Lh. Dhiffushimaadhoo for government purposes, which was leased to Noomadi Resorts to construct luxury villas.

The former Minister is also accused of saying that the company was conducting the work stipulated in the agreement of phase 1 signed in 2011 and phase 2 signed in 2013, with the company, according to the scheduled without any delays.

If found guilty, Dr. Muizzu could face a sentence of at least four months and 24 days.

The deputy leader of PPM, the main opposition party, Dr. Muizzu is also a candidate in the contest for Male’ City mayorship. His candidacy would be terminated if he is found guilty.