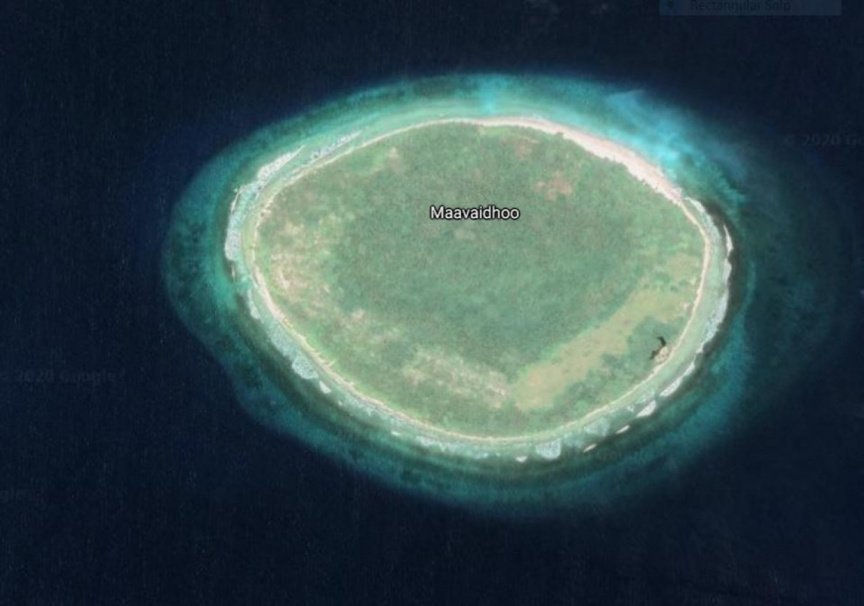 Maldives National Defense Force (MNDF) announced in a statement on Saturday evening that the 10 people stranded on Maavaidhoo include seven men and three women.

They are residents of H. Dh. Kumundhoo, who went to the uninhabited island to collect coconuts.

However, they were left stranded, unable to travel back to Kumundhoo after weather conditions worsened, making travel unsafe.

They reached out to the Coastguard Northern Area Command asking for assistance at approximately 05:45 pm.

MNDF said in its statement that the Coastguard is providing its assistant.

Maavaidhoo is an island neighboring Kumundhoo, which has been uninhabited since its people were resettled in H. Dh. Nolhivaramfaru.

Maldives Meteorological Service has issued yellow alert for islands from H. A. Atoll to Th. Atoll over strong winds and rough seas.

The yellow alert is effective from 05:30 pm to 08:30 pm, and Maldives Meteorological Service forecasts average strong winds of 25 to 30 miles per hours with gusts of 55 miles per hours for the area, accompanied by rough seas.

A separate yellow alert has been issued for islands from L. Atoll to Addu City over torrential rain and thunderstorms with gusts of 45 miles per hour. The yellow alert is effective from 07:00 pm to 10:00 pm.