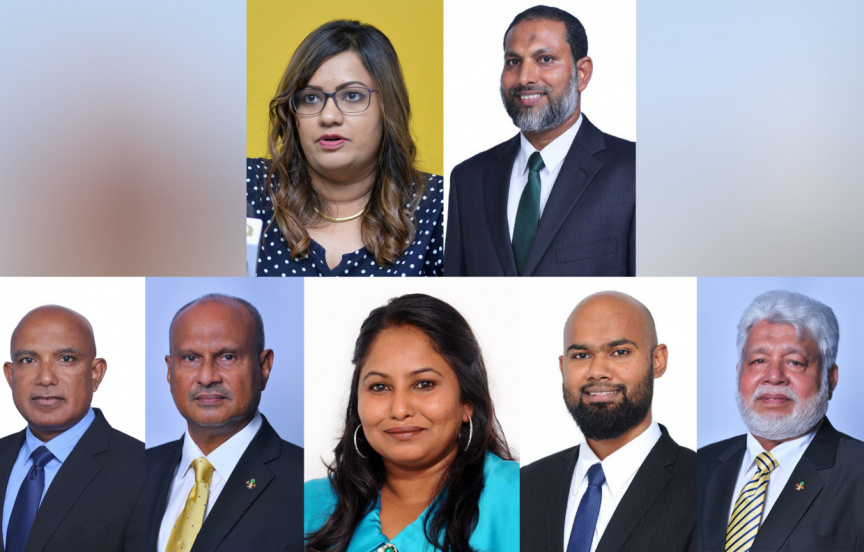 Photo shows members of the Local Government Authority's board. The current board was appointed by the President Ibrahim Mohamed Solih on June 9, 2020.

Seven appointees have been made to the Local Government Authority (LGA) board.

After the “Special Act on Ensuring the Operation of Administrative Divisions of the Maldives under the Decentralization Policy 2020” was passed earlier this month, the board of the LGA was dissolved and President’s Office spokesperson Ibrahim Hood said that the President had today appointed seven to the board.

The seven appointees are:

The Act to ensure the administration of different regions in the Maldives in a decentralized manner was ratified on June 2 and stipulated that seven members should be appointed to the board of LGA. If the appointees are already in a state position, they would not be entitled to additional allowances due to their appointment to the LGA, under the Act.

The Act also provides LGA with a range of powers. The LGA is to formulate and send policies on how council secretariats are to operate during the interim time period within 15 days of the Act coming into effect.

LGA is also tasked with forming the laws and regulations under the Act. It will also oversee whether councils serve their responsibilities stipulated under the Act and provide the services stipulated to the relevant constituencies.