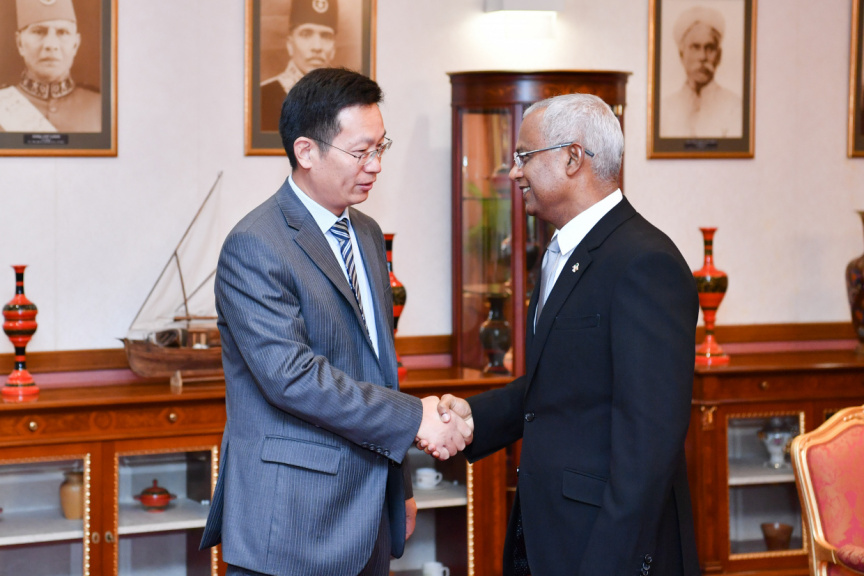 The Chinese government is considering to defer loan repayments by the Maldives to China, Chinese Ambassador Mr. Zhang Lizhong has said.

The ambassador met with the Maldivian Foreign Minister Abdulla Shahid this afternoon to discuss various issues.

The Maldives is among the 76 countries that qualify for loan deferments under the G-20 Debt Service Suspension Initiative. The initiative was proposed to defer loan repayments by developing nations due to COVID-19.

Ambassador Zhang noted that the Maldives was among the countries being considered by the Chinese government under this Initiative. Foreign Minister Shahid and Ambassador Lizhong discussed the initiate during today’s meeting.

During the meeting held virtually, Ambassador Zhang also briefed the Foreign Minister on the ongoing Chinese assistance to the Maldives, including the offer to set up a medical laboratory by the Chinese Company, BGI, towards supporting the efforts of the Government in combating COVID-19.

Previously, the Speaker of the Maldivian Parliament Mohamed Nasheed has previously said that the Maldivian government owed China USD 3.4 billion for different infrastructure projects carried out by Chinese companies in the Maldives. However, this was challenged by Ambassador Lizhong who said that the actual figure was USD 1.5 billion.