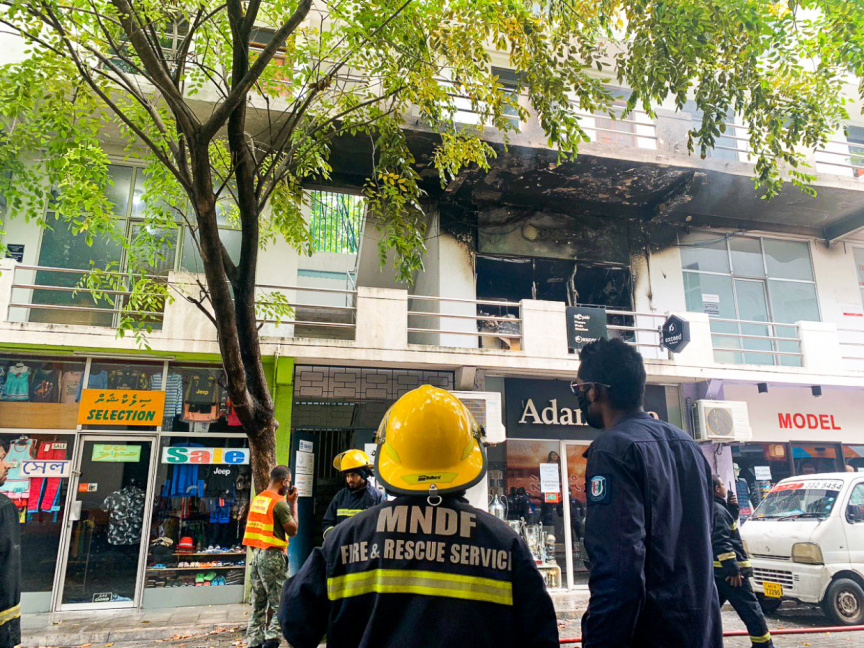 Firefighters and police officers operate outside the scene of a fire on June 6, 2020. (Sun Photo/Mohamed Muzain Nazim)

Maldives National Defense Force (MNDF) firefighters, on Saturday, responded to fire which broke out inside a building located in front of the landmark Olympus cinema in Male’ City.

The fire had broken out inside ‘Exceed’, a shop located on the first floor of a building in front of the Olympus cinema, which offers phone repair services.

According to MNDF spokesperson Major Ibrahim Azim, the fire had broken out at approximately 01:00 pm.

Firefighters who arrived at the scene managed to completely put out the fire at approximately 01:20 pm.

No one was injured in the incident, confirmed the spokesperson.

Firefighters and police officers continue to operate at the scene.

The extent of the damage, or the cause of the fire remains unclear at this point.

1 injured in fire at barbecue in Henveiru home