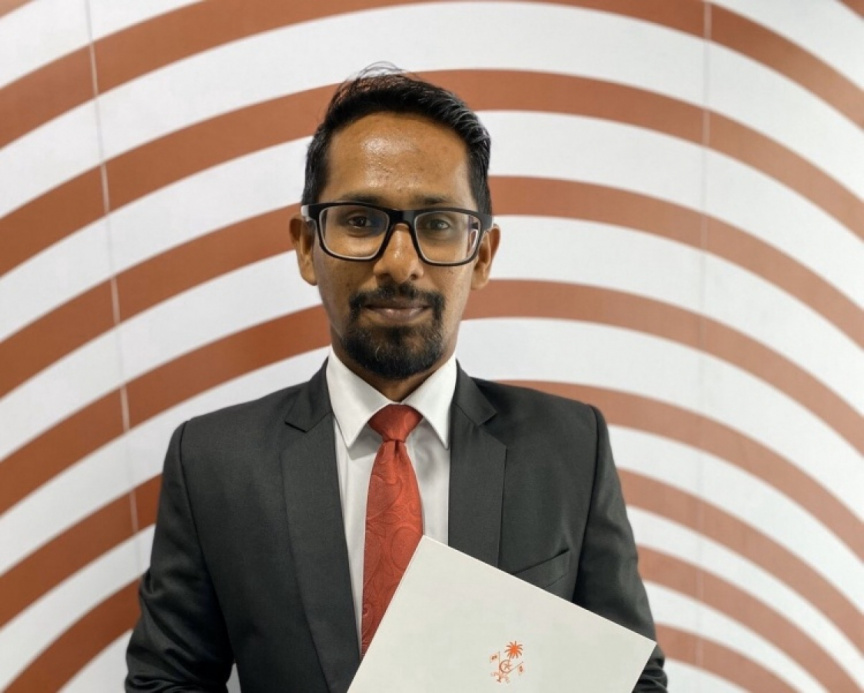 He was appointed to the position by Prosecutor General Hussain Shameem on Wednesday.

Rabiu began is legal career as an Assistant Public Prosecutor at the Prosecutor General’s Office on February 18, 2009.

He continued to serve at the Prosecutor General’s Office, becoming one of its most experienced public prosecutors.

Rabiu most recently served as a Senior Public Prosecutor, prior to his appointment as Assistant Prosecutor General.

Rabiu has a Bachelor’s Degree in Sharia and Law from the Al-Azhar University in Egypt, and a Master’s Degree in Sharia from Villa College. He also participated in a number of seminars and trainings in the field of law, covering areas such as forensic science, investigation of sexual offenses, and international laws on human rights.

Shameem described Rabiu as “one of the most humble people I know and worked with”.

“Look forward to even more contributions to our work at @PGO_MV,” he said.