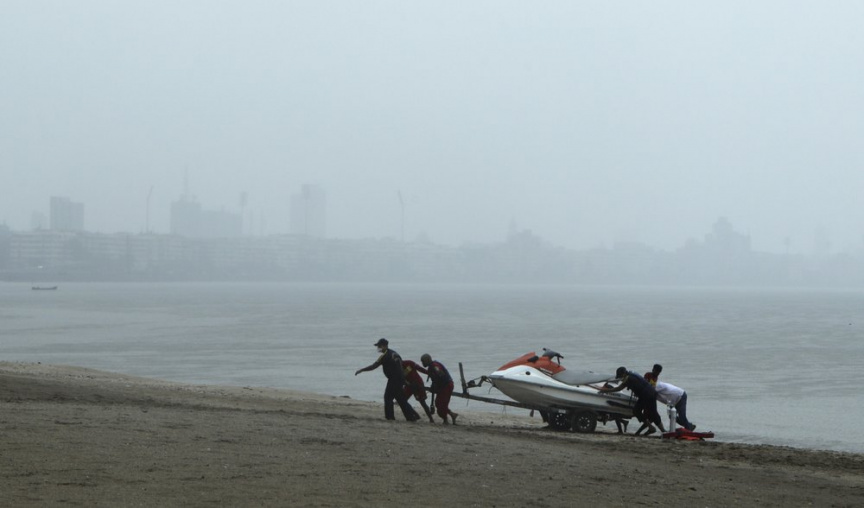 NEW DELHI (AP) — A cyclone in the Arabian Sea was barreling toward India’s business capital Mumbai on Tuesday, threatening to deliver high winds and flooding to an area already struggling with the nation’s highest number of coronavirus infections and deaths.

Cyclone Nisarga was forecast to make landfall Wednesday afternoon on the country’s west coast near Mumbai, a coastal city home to 18.4 million people and known for the Bollywood film industry. Mumbai hasn’t been hit by a cyclone in more than a century, raising concern about its readiness.

National Disaster Response Force personnel have been sent to both Maharashtra state, home to Mumbai, and nearby Gujarat state and officials were urging people in at risk areas to evacuate.

Maharashtra’s top official, Uddhav Balasheb Thackeray, said on Twitter that residents in Mumbai’s expansive slums had been ordered to evacuate, though it was not immediately clear if shelters had been set up. He also said some 150 coronavirus patients had been moved out of a hospital near the city’s beachfront.

India’s meteorological department said the storm could intensify throughout the day Tuesday into a severe cyclone, which is defined as a cyclone with wind speeds of 119 to 165 kilometers per hour (74 to 102 miles per hour) and is the fourth most powerful category on the local scale.

Although post-monsoon flooding is common in Mumbai in the fall, some experts fear the city isn’t prepared for the high winds and storm surges that come with a cyclone.

“There’s been no test of how the city does in a cyclone,” said Adam Sobel, a climate scientist at Columbia University who has studied the risk to Mumbai. “It just makes me nervous.”

The storm comes as the area grapples with the ongoing coronavirus pandemic. Maharashtra and Gujarat states have reported about 44% of India’s 198,000 COVID-19 cases nationwide, and 61% of all virus deaths.

Local news reports have shown an overwhelmed hospital system in Mumbai, with patients resting on hospital floors until beds become available and bodies left in wards. Doctors associations have reported that a growing number of health care workers are catching the virus, putting an even greater strain on staffing.