All except seven migrants detained in Thilafushi unrest released 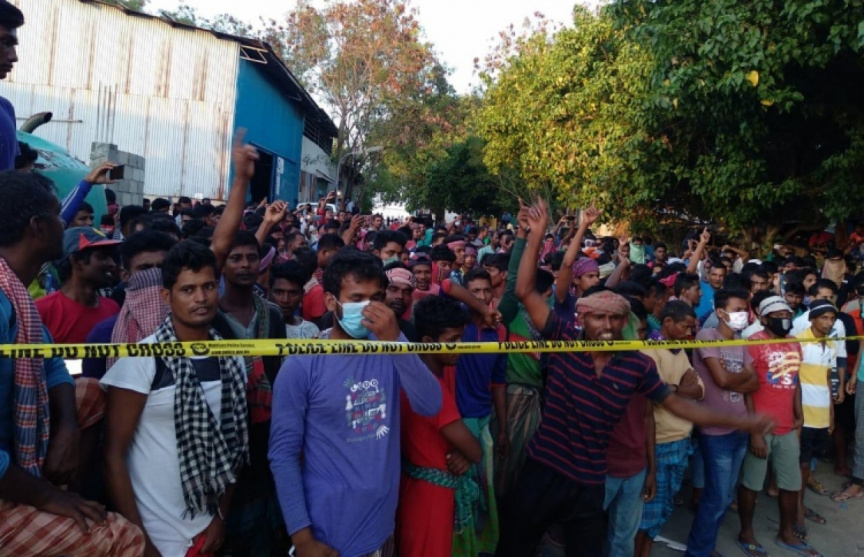 All except seven detained during unrest in K.Thilafushi have been released.

According to a police spokesperson, 133 migrant workers in total were taken into police custody earlier today due to chaos created on the island.

Police did not specify the cause of the altercation. However, there have been protests by migrants in Thilafushi on previous occasions due to their rights not being fulfilled amidst the lockdown order.

HDC had stated that the commotion was caused due to delays in food arrangements.

Migrant workers of a private company also recently vandalized two properties of the company which inflicted damage totaling MVR 12 million. Violent altercations on the property had left many migrants with injuries.