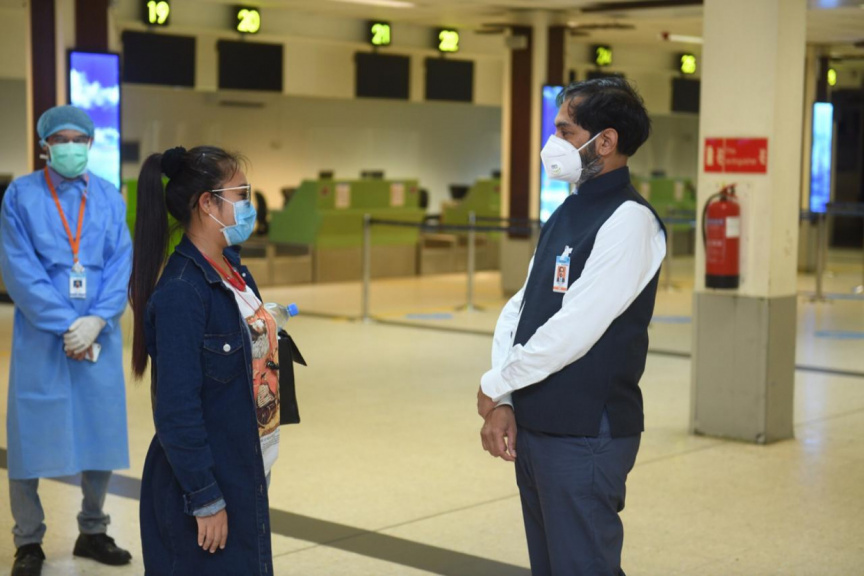 The Indian High Commission has announced plans to continue with the voluntary evacuations of Indian nationals in Maldives, which will see hundreds of more Indian workers, leave the country.

Sudhir said that 1,800 Indians have been evacuated from Maldives under the Indian government’s evacuation operation - Vande Bharat, an operation launched on May 7 to rescue Indians left stranded in countries across the world amid the coronavirus pandemic.

Hundreds more will be evacuated out of Maldives within this month.

Indian Navy ship INS Jalashwa is scheduled to arrive in Maldives on Friday, June 5. According to Sudhir, the ship will carry 700 Indian nationals back to their home country.

Sudhir said that the High Commission had received a long list of requests from Indians in Maldives who wish to return to India.

“We have a long list of requests from Indian nationals in Maldives which we certainly cannot completely accommodate. But we will try our best to accommodate as many of the deserving cases as possible,” he said.

Sudhir announced that Indians who wish to return home also have the option of chartering flights.

“I am also happy to share with you that the government of India has recently allowed for charters. For this, private companies and organizations can directly get in touch with the Indian and Maldivian aviation partners and organize charters. We will facilitate approvals on the Indian side,” he said.

Sudhir said that while Indian workers may be currently leaving Maldives, he expected them to return to the country soon.

“I am very happy to see that things are limping back to normalcy in the Maldivian economy as well as on the Indian side. And while we are currently in the phase of evacuation, we will very soon be seeing you all coming back to Maldives and contributing to the economy of Maldives,” he said.

Indian newspapers have reported that at least five of the 1,800 Indians evacuated from Maldives have tested positive for the new coronavirus.

According to the Indian High Commission, Maldives hosts some 27,000 Indians.

Maldives has recorded 1,829 coronavirus cases, 186 of whom are Indians.