Suspect arrested in connection to fatal stabbing in Guraidhoo 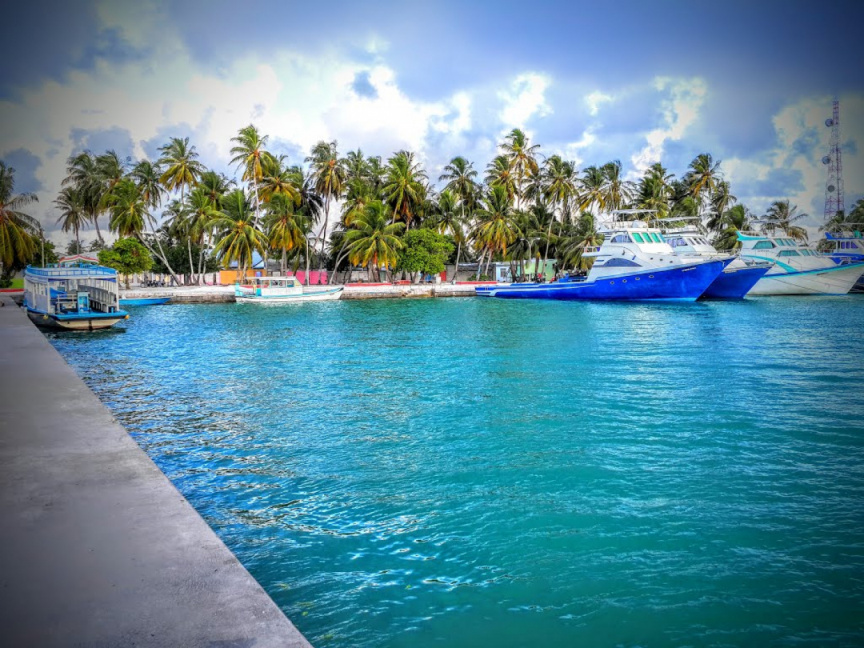 Maldives Police Service, on Saturday, announced the agency has arrested a suspect in connection to the fatal stabbing of a Bangladeshi worker in Th. Guraidhoo.

The police identified the suspect as a 22-year-old Bangladeshi male.

According to the statement released by the police, the suspect has been in police custody since May 21, when the stabbing had taken place.

The police said in the statement that the findings so far showed the stabbing had taken place at approximately 00:24 hours on May 21, in the middle of a dispute between two people.

The victim of the fatal stabbing is Shah Alam, a Bangladeshi national who had worked as farmhand in Guraidhoo. He was found dead inside a site opposite to the labor quarter where he had resided in at approximately 01:00 hours. He was found with stab wounds on his neck and stomach.

Guraidhoo Health Center confirmed he was already deceased when taken to the center.

Following the murder, the police initiated a search on labor quarters located in the island, during which officers found another Bangladeshi worker who had sustained stab wounds to his head.

Guraidhoo councilor Naufal Hassan told Sun the wounded Bangladeshi worker had not attempted to seek medical care for his wound, and had been found in a room along with two other Bangladeshi workers. All three had been sleeping when found by the police, said Naufal.

Some locals allege the wounded Bangladeshi worker to be the culprit behind the fatal stabbing and to have been attacked as retaliation.

However, this has yet to be confirmed by the police.

The wounded Bangladeshi worker was taken to the Th. Atoll Regional Hospital located in Veymandoo for medical care.

The Bangladeshi farmhand who died in the stabbing had been housed in a labor quarter located within his place of work. He is said to have returned to his quarters to sleep after leaving a shop run by his employer at approximately 23:00 hours

Police said in its statement that the agency was collecting forensic evidence and engaged in other work to complete the investigation.