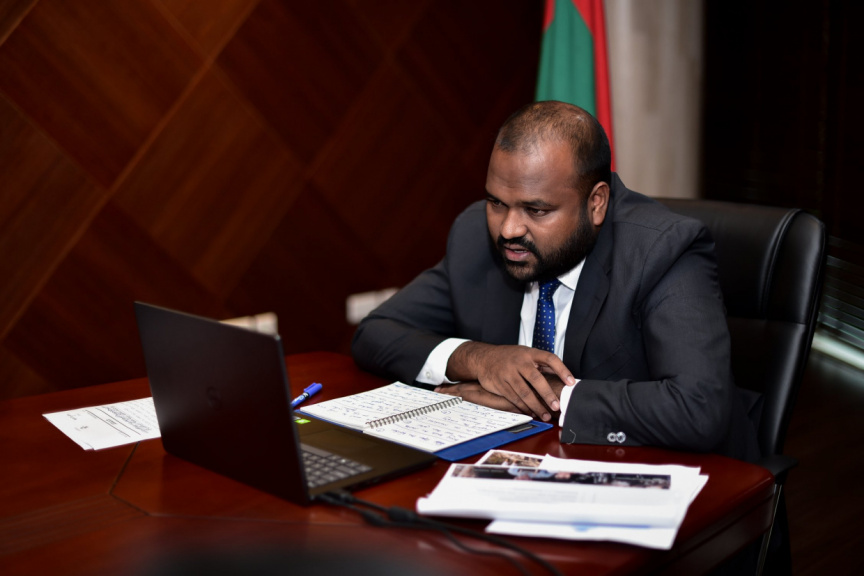 Tourism Minister Ali Waheed has said that the reinstatement of employees who lost their employment and the resurge of businesses damaged due to COVID-19 was the founding stone of a sustainable and continuing tourism industry.

The Minister was speaking at the Crisis Committee formed by the UNWTO when he made the remarks. Liquidity and the reinstatement of jobs lost were discussed by the Minister at the meeting where he chairs the South Asia Regional Commission.

He noted that funding was necessary to maintain employees due to the impact of the wave caused by the pandemic. Technical skills and innovation was also required to deal with a second wave of the virus, noted the Minister.

The Minister also called to reopen borders under agreeable circumstances with a focus on safety by countries. The Minister noted that the Maldives would be reopening borders by July under safety guidelines which would be discussed with industry stakeholders every 14 days.

Secretary-General of UNWTO Mr. Zurab Pololikashvili chaired the meeting which was also taken part senior officials from Spain, UAE, Greece, and Kenya among others.