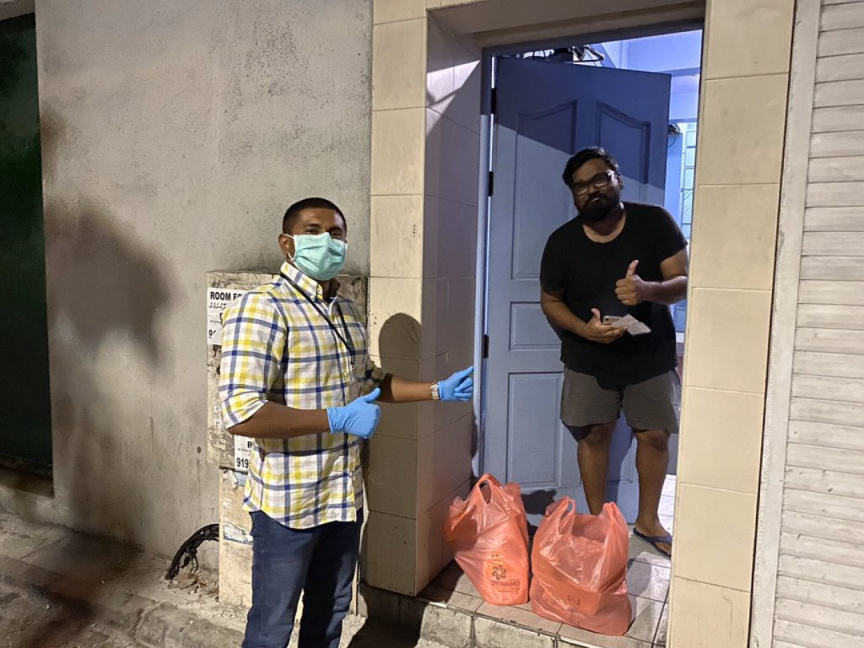 April 19, 2020: Minister for Youth, Sports & Community Empowerment of Maldives Ahmed Mahloof is photographed showing a thumbs up to the camera as he delivers items, while practicing social distancing, to households as the capital undergoes a lockdown of 14-days due to the situation with the Covid-19 virus.

Youth Minister Ahmed Mahloof has said that while the whole world showed a sense of friendship and unity due to COVID-19, the Maldives showed resentment.

The Minister said so in a tweet, which read that the country had adopted a hostile nature due to COVID-19 when other countries showed an image of unity and friendship.

The Minister stressed that his tweet was in no way political but noted that what he pointed out remained a sad aspect.

The Maldives had taken the initiative early on in the fight against COVID-19. President Ibrahim Mohamed Solih expressed firm confidence in the advice of health professionals and experts during the situation.

The moves taken by the authorities have seen a reduction of infections and safety from a worst-case scenario. Many in the public have also expressed solidarity with the moves which are in place and adhered to by the majority of the public. However, intense criticism has also been directed at the moves by some in the country.