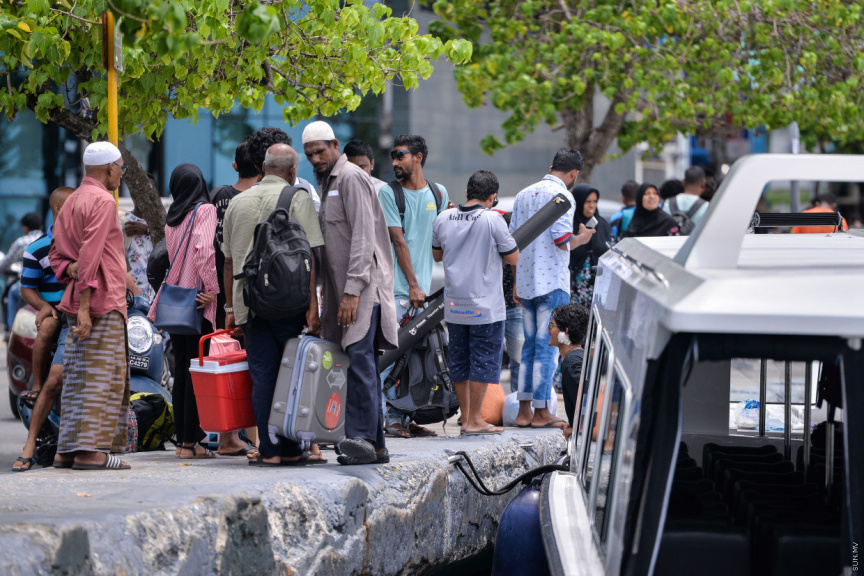 Maldives Police Service, on Thursday, announced the agency issued more than 4,800 permits to enter the capital amid the city-wide lockdown.

Speaking at the press conference, ACP Naveen announced the police had issued 4,818 permits to travel to Male’ City.

“And based on these permits, we have noticed an increase in the number of people travelling to Male’ after the Eid holiday. Matters relating to the issuance of permits to travel to Male’ will continue to be conducted via the portal in the future,” he said.

He said that the police will continue to issue permits for medical emergencies based on the same procedure.

The populous Maldivian capital has been under lockdown since April 15, when the city had identified its first coronavirus case. The government has announced it will begin easing some the restrictions on Friday.

The easements are scheduled to be rolled out in phases. The first phase will last two weeks and the easements announced for the phase are mainly to promote economic activity.

However, the nationwide ban on nonessential travel will remain in place, and people who need to travel for compelling reasons need to apply for permits.

Some found in violation of the travel ban have been arrested by the police.

Maldives has confirmed 1,481 cases of the new coronavirus. 242 patients have since recovered, while five have died from complications.