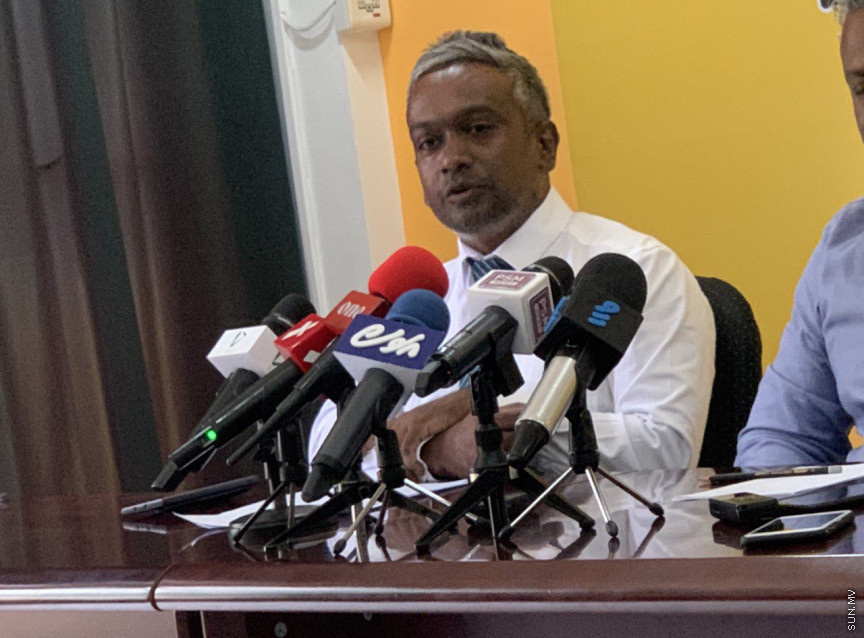 Photo shows MDP electoral committee vice chair and MP for North Henveiru Ibrahim Muizzu at a news conference where the Maldivian Democratic Party (MDP) announced that 389 candidates were confirmed for the party tickets for the local council elections without a primary on January 27, 2020. (Photo/MDP)

Two issued submitted by the North Henveiru MP Ibrahim Muizzu regarding Presidential Commissions have been forwarded to the Judiciary Committee and Committee on National Security Services (241 Committee) to be reviewed.

A tweet by the Parliament today read that the two issues submitted have been forwarded to the two relevant Committees by the Speaker.

MP Muizzu reminded that it was pledged by the governing MDP and the government to obtain justice for the investigations of the Commission investigating deaths and disappearances as well as the MMPRC scandal. He also noted that it was one of the reasons why the public had voted for the current Parliament.

The MP also stated that the two issues of the MMPRC scandal and the deaths and disappearances of people with unknown circumstances involved the public peace and interest.

Only the former President Abdulla Yameen has so far been convicted in connection with the MMPRC scandal. He was sentenced to five years in prison for laundering USD one million into his own account.