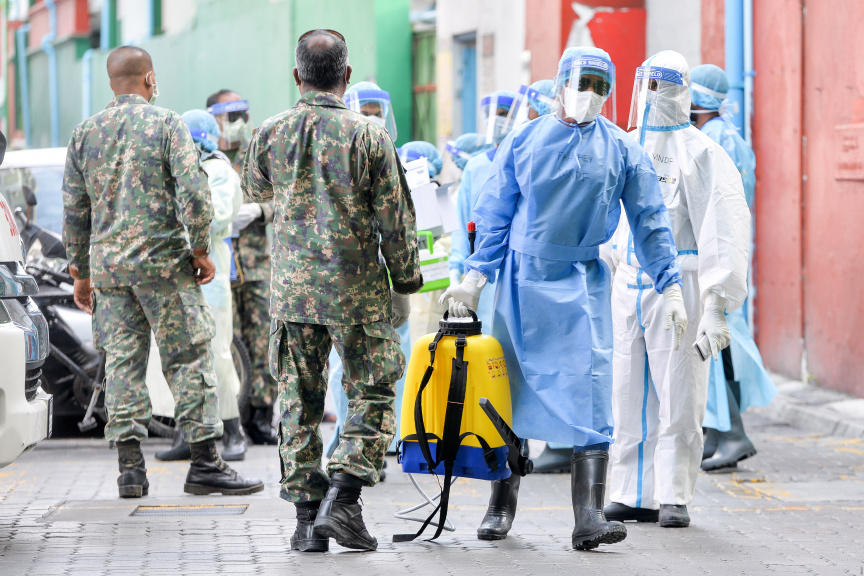 May 22, 2020: MNDF officers and health professionals are photographed operating near a residential building in Male' City due to the situation with COVID-19.

National Emergency Operations Center (NEOC) has announced that five more individuals have made recoveries from the COVID-19 virus in the Maldives.

The total number of recoveries in the country currently stands at 109 now.

NEOC did not provide any further details regarding the recovered cases. The country confirmed 58 cases of the virus today. The total number of cases currently stands at 1,274. Four people have passed away from the virus so far.

The majority of the confirmed cases in the country originated among the large migrant population in the capital which confirmed a community case of the virus on April 15.

Estimates for daily virus numbers to remain below 50