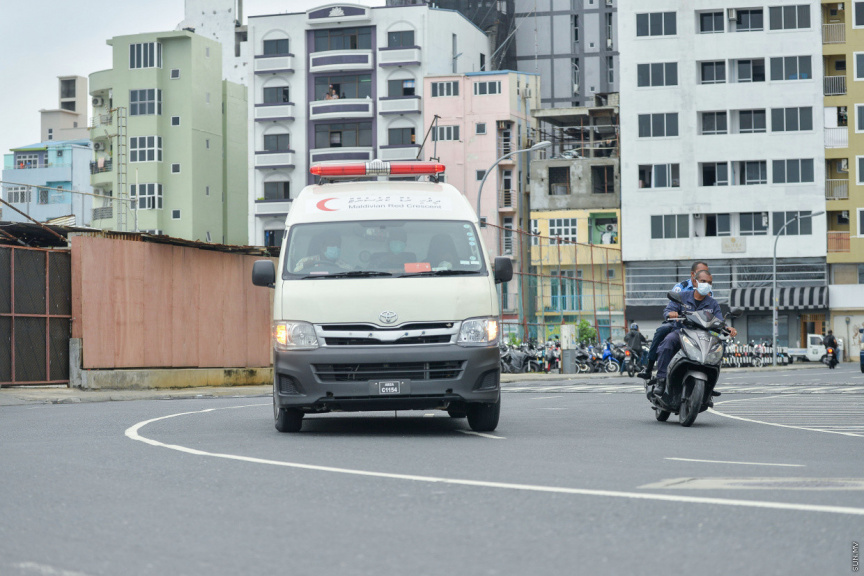 Photo shows an ambulance escorted by Police officers on a motorcycle driving in Male' City during the COVID-19 lockdown. (Sun Photo/Fayaz Moosa)

A total of 391 police officers have rejoined operations after completing mandatory quarantine periods of 14-days for COVID-19.

The officers were placed in quarantine after coming into contact with symptomatic individuals or positive individuals for the virus.

During an interview with Raajje TV, Commissioner of Police Mohamed Hameed said that 684 individuals from the Police force were placed in quarantine in total. Apart from the 391 that rejoined operations, 293 still remained in quarantine, said the Commissioner who added that they were all well.

“I checked up on them three days ago. The special task force of Police for the purpose also checks up on the officers on a daily basis.” Said the Commissioner.

Commissioner Hameed also stated that no one placed in quarantine had tested positive for the virus and the number of positive cases in the force still remained at 23.

The Maldives has confirmed 1216 cases of the virus along with four deaths and 104 recoveries.