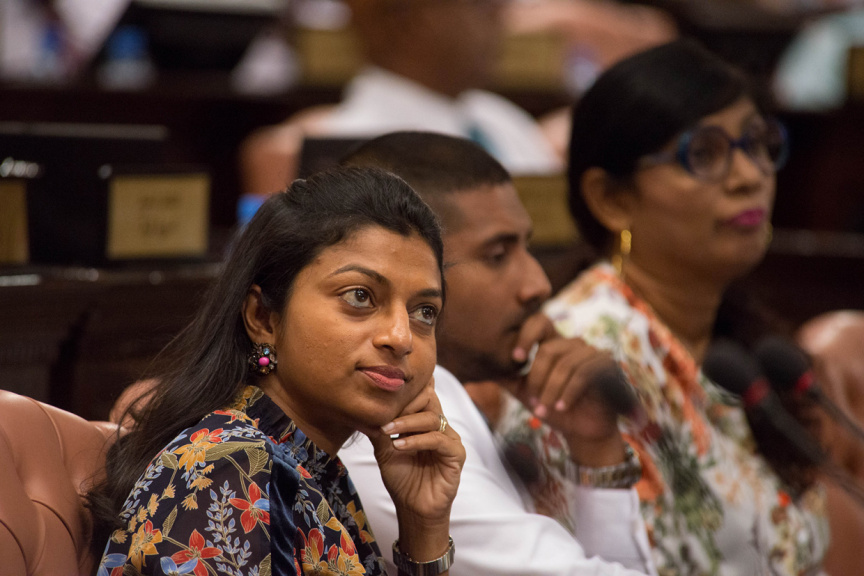 Deputy Speaker's request comes after the Parliament had approved a reduction in the salaries of public officials that are decided by the Parliament. After the reeduction was approved, it was noticed that the Deputy Speaker was still earning more than other MPs.

A tweet by the Parliament tonight read that the deputy Speaker had requested her salary be reduced to the same level as other MPs.

The Parliament had approved to reduce the wages of those earning more than MVR 20,000 by 20-35 percent. This is against the government proposal to put a cap of MVR 55,000 on high earners above MVR 60,000.

The decision by the Parliament to slash the wages of high earning public officials mean that MPs would now earn more than the heads of three branches of the state.

The recution of wages come as the government works to cut down in expenditure due to the economic impact of COVID-19.