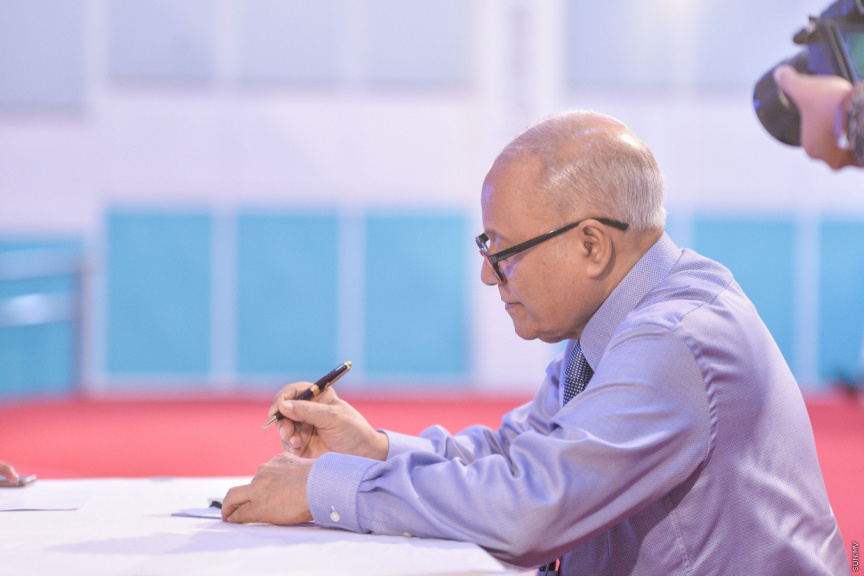 Former President Maumoon Abdul Gayoom has expressed support to reduce the allowances entitled by former Presidents of the country and called on the Parliament to speed up the process as soon as possible.

Finance Minister Ibrahim Ameer proposed to the Parliament to reduce the benefits and allowances designated for former Presidents last week. The amenities can only be revised by amending the law related to it through the Parliament.

In a letter, addressed to the Speaker of the Parliament Mohamed Nasheed, former President Maumoon said that the government expenditure needed to be reduced at a time when the country’s economy was negatively impacted and many had suffered a loss of employment.

“So during this fragile situation, I see the fulfillment of the government’s requests under the letter to be of utmost importance. I would also like to express my support to revising the allowances and benefits provided to former Presidents with this opportunity.” Read the letter by Maumoon.

In accordance with the law, former Presidents are designated huge amounts of expenditure by the state. This includes allowances, medical costs, and even office administration costs.

New type of seagrass discovered in the Maldives