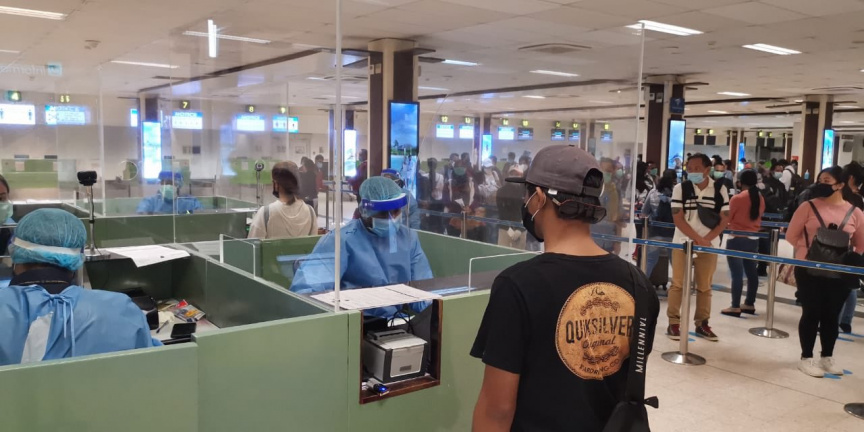 190 Indonesians and 47 Europeans go through Immigration at Velana International Airport (VIA) to board repatriation flights out of Maldives on May 21, 2020. (Photo/Maldives Immigration)

Maldives Immigration has announced that 237 foreign nationals were evacuated out of Maldives on Thursday.

According to Maldives Immigration, the 237 were 190 Indonesians and 47 Europeans.

The Indonesians were evacuated on board an Indonesian airline fight, while the Europeans will be travelling to their home countries through the Sri Lankan capital Colombo, added Maldives Immigration.

The decision to close borders and suspend commercial flights in a bid to curb the spread of the new coronavirus had left thousands of foreign nationals stranded in Maldives, many of whom have now been evacuated to their home countries on board chartered flights through the collaborative efforts of the Maldivian government and respective foreign governments.

1,186 people have tested positive for the new coronavirus in Maldives. 766 of them are foreign nationals, and the remaining 420 are Maldivian nationals.

91 have since recovered, while four – including a foreign national – has died from complications.

Male’ quickly became the epicenter of coronavirus outbreak in Maldives, contributing to over 1,100 of the total virus cases.