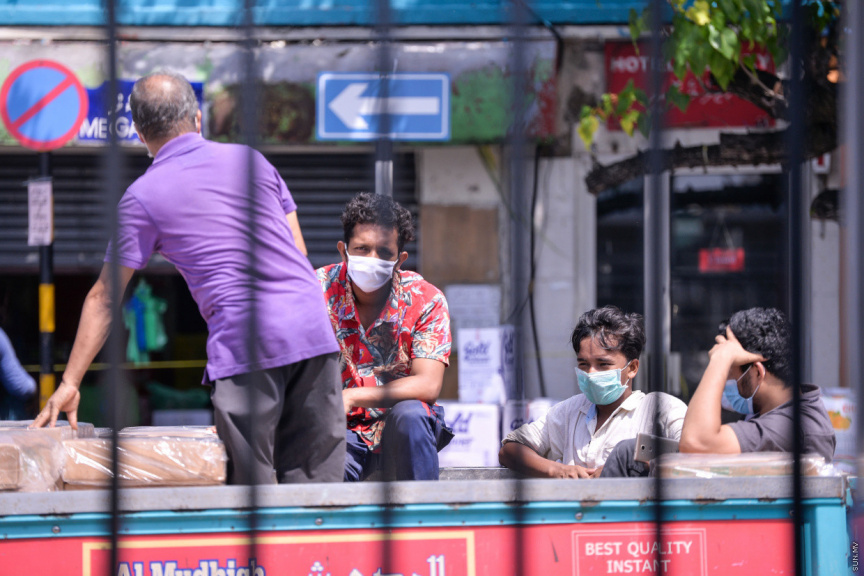 Migrant workers on a pickup truck carrying a shipment of commodities in Male' City on May 14, 2020. (Sun Photo/Fayaz Moosa)

According to HPA, the new cases are 28 Bangladeshis, 10 Maldivians, four Indians and one Nepali.

The 43 new cases by 10 am this Wednesday follows a lower 37 total new cases on Tuesday.

While total virus cases in Maldives have risen to 1,186, 91 have made full recoveries and four have died from complications.

Male’ quickly became the epicenter of the COVID-19 outbreak in Maldives, contributing to over 1,100 of the total virus cases.

Maldives has also imposed a nationwide ban on all non-essential travel, closed schools and government offices, and has ordered a temporary ban on mass gatherings in mosques in an effort to control the spread of the disease.

They have also begun testing for antibodies to identify how many had recovered from COVID-19 without having been aware of contracting the virus in the first place. The first round of antibody tests target congested labor quarters in Male’.

COVID-19 recoveries in Maldives rise to 91