COVID-19 recoveries in Maldives rise to 91 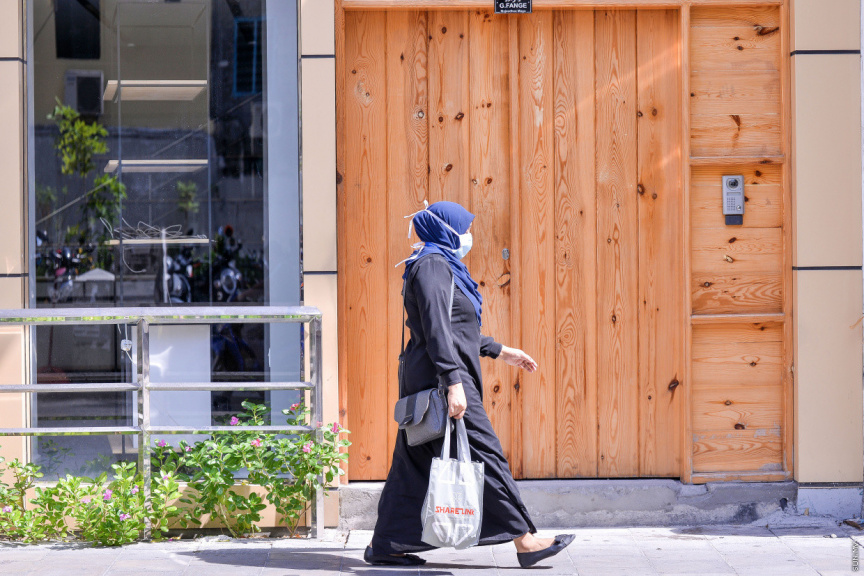 A woman wears a face mask to protect from the spread of COVID-19 as she walks back home after shopping for groceries on May 14, 2020. (Sun Photo/Fayaz Moosa)

The new recoveries were announced by HPA via its dashboard. It increases total recoveries in Maldives to 91.

While recoveries have now risen to 91, HPA confirmed 43 new virus cases by 10 am this Wednesday, identified as 28 Bangladeshis, 10 Maldivians, four Indians and one Nepali.

The new cases increased total virus cases in Maldives to 1,186. Four have died from complications.

Male’ quickly became the epicenter of the COVID-19 outbreak in Maldives, contributing to over 1,100 of the total virus cases.

Maldives has also imposed a nationwide ban on all non-essential travel, closed schools and government offices, and has ordered a temporary ban on mass gatherings in mosques in an effort to control the spread of the disease.