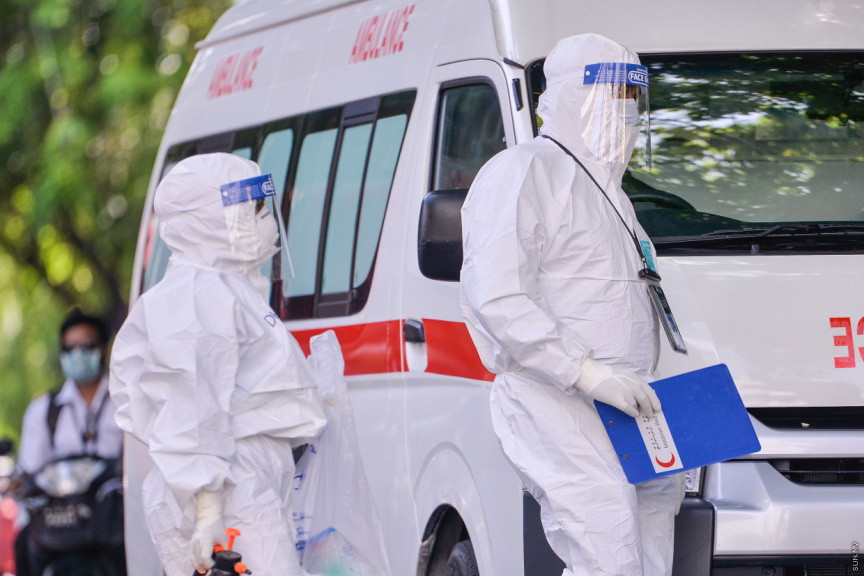 National Emergency Operations Center (NEOC)’s Rapid Response Team (RRT), on Monday, announced it planned on beginning the use of buggies as a mode of transportation to speed up sample collection for COVID-19 testing in Male’ City.

At a NEOC press briefing on Monday night, RTT’s Cluster Head Abdul Hameed said that the team was experiencing a lag of up to 72 hours in sample collection.

Hameed said the team was exploring ways to speed up the process.

He said the biggest reason for the lag in sample collection in Male’ was that the city’s narrow roads did not accommodate ambulances.

The RTT has made the decision to begin using buggies to transport sample collection teams to different locations.

Hameed said that the teams were scheduled to begin using buggies on Monday, but that the plans were cancelled due to the bad weather.

The teams will begin using buggies on Tuesday if the weather clears up, he said.

Hameed also highlighted on other changes effected by the RTT to clear the backlog in sample collection.

He said that people were being cooperative, and that the small change has improved the speed of sample collection considerably.

Hameed said that the RTT faced great many challenges in sample collection, but were working to speed up the process as much as possible.

Officials engaged in sample collection need to change their PPEs every time they enter a new residence.

“We may have attended to an infected person in one house, so we cannot attend to another like that. We need to change the PPE,” he said

Hameed said the necessary PPE changes limited the number of people each team could attend to.

“The protection of PPEs, the protection of the officials is of vital importance. If the PPEs get drenched, it heightens the risk of infection considerably. It exposes them to risk,” said Hameed.

Hameed noted that the RRT members were engaged in risky work, and were courageous and tireless. He also noted that the nature of the work also meant a shortage people willing to engage in the work.