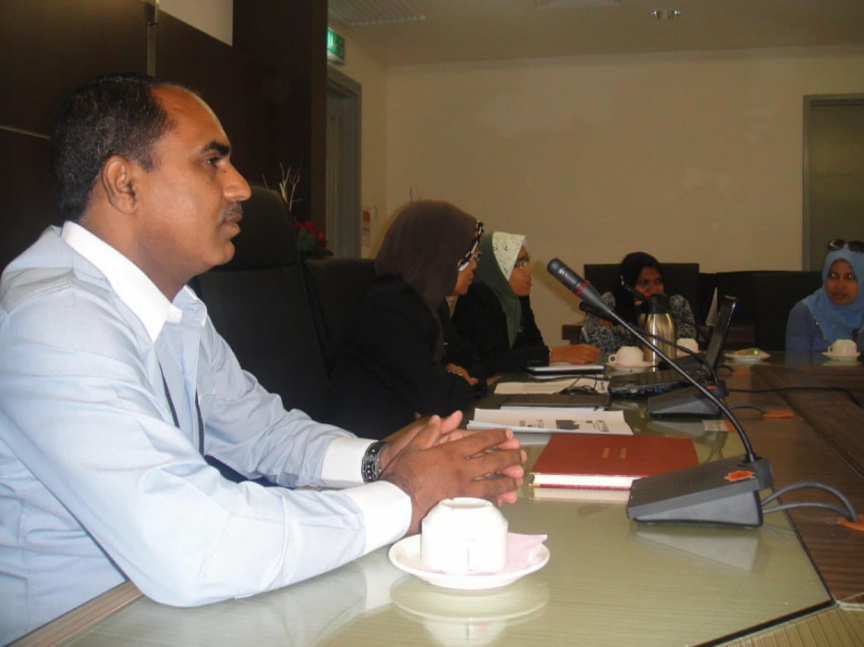 Muhammad Tariq, 47: A teacher from Pakistan who has educated hundreds of students in Maldives over the course of nearly two decades. (Photo/Facebook/Mohammad Tariq)

Muhammad Tariq, a teacher from Pakistan, who has worked in Maldives for nearly two decades, earning him the love and respect of hundreds of students, was in serious condition when he tested positive for COVID-19 and was moved to the intensive care unit of Dharumavantha Hospital. With the mere act of breathing a painful battle, there was only a flicker of hope he would recover.

Tariq, 47, caught a mild fever in mid-April, and soon began to panic. He went to the ADK Hospital, where he received treatment from the hospital’s ER twice. He presented with no symptoms consistent with COVID-19 other than mild fever, and the doctors concluded his condition to be panic-induced.

One week on, his fever continued to persist, worsening his anxiety.

“I called for an ambulance from the Tree Top Hospital. There, I received treatment and was informed that my lungs were infected, that I had pneumonia. The hospital said they had informed HPA, but did not receive approval for COVID testing because they also concluded that it may not be because of COVID,” said Tariq.

He was prescribed home and sent home.

He remained in home isolation and continued to take his medicine after he was discharged from Tree Top Hospital.

However, his condition continued to deteriorate, and his family called for an ambulance from Indhira Gandhi Memorial Hospital (IGMH).

He was immediately rushed to the flu clinic, where he was tested for COVID-19 and placed under observation.

He felt conflicting emotions as he waited; near certain that he would test positive given his symptoms and a sliver of hope that he would not.

The next day, he was paid a visit by IGMH pulmonologist Dr. Moosa Hussain, who delivered the news he had been dreading.

“Dr. Moosa visited me and informed that the results were positive, and that based on the results of the CT scans of my lungs taken by Tree Top Hospital, I needed to be shifted to the intensive care unit of Dharumavantha Hospital as soon as possible,” said Tariq.

Tariq had no other preexisting medical condition and had been relatively healthy prior to getting infected with the new coronavirus. The infection wreaked havoc on his body, and he spent 12 days in intensive care.

His recovery was a gradual process.

“My corona battle has been very painful,” said Tariq. “Thanks to Almighty Allah, I was taken to the right place and given the best treatment and care.”

Tariq has been moved out of Dharumavantha Hospital and transferred to the Farukolhufushi Isolation Facility.

He is full of gratitude towards the doctors and nurses who cared for him, especially IGMH pulmonologists Dr. Moosa and Dr. Mohamed Ali.

“I want to express my sincere thanks to the President of Maldives, and my doctors – especially Dr. Mohamed Ali and Dr. Moosa, and all the nurses who cared for me and treated me so professionally, both in the ICU and afterwards,” said Tariq. “I have no words to properly express my feelings.”

Tariq described the medical care he received as “the best treatment in the world”.

He is also grateful for the love, support and prayers he received from his students, members of the Maldivian community, as well as the Pakistani community and the Pakistani Embassy.

“I am so happy and thankful for each and every one of them,” he said. “The prayers of my family and friends gave me new life.”

Tariq began working in Maldives in 2002, and in the years since, taught business at the Center for Higher Secondary Education and later at the Villa International High School. He currently works as the General Manager of Frontier Markets Maldives.

Tariq has spent half of his life in Maldives. He has four children, three of whom were born in Maldives.

Tariq received the results of his second round of tests this Saturday. The coronavirus has left his system and he was made a full recovery, despite all odds.

Two of his nieces who had been staying with him had also contracted the virus. Their second round of tests also came back negative.

“I would like to say that COVID-19 is a very unpredictable and volatile virus. This can result in people like me, who have no preexisting medical conditions, a very painful experience. I urge everyone to please take this virus as something serious and potentially life threatening. My advice to you, after having undergone such a painful experience, is that everyone take all necessary precautions and protect yourself and your loved ones as much as possible,” said Tariq.

From the sea, to retreat: Sendi’s retirement story