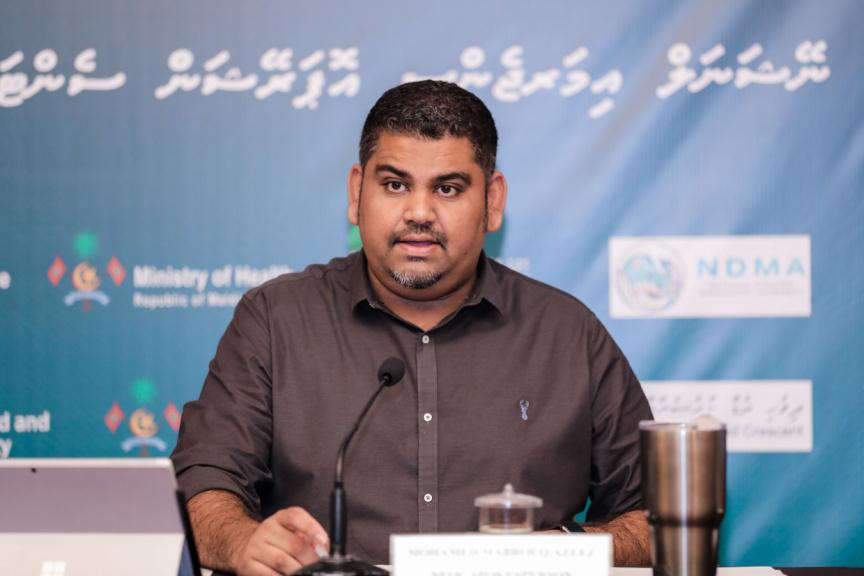 National Emergency Operations Center (NEOC) has announced that three individuals that departed on an Indian naval vessel had tested positive for COVID-19.

India has carried out repatriation operations from the Maldives on three separate occasions. Two had previously tested positive, according to Indian media outlets.

“Official channels have confirmed that three were tested positive. They are three employees of the Bison Company. Contact tracing work is now underway.” Said Mabrouq.

He did not elaborate on which military vessels the three individuals had departed or whether they were identified from different vessels that repatriated on separate operations.

India has been moving forward with the operation named “Samudra Setu” to repatriate its nationals abroad. So far, the country has repatriated 1500 nationals from the Maldives on three occasions.

The Indian government also decided to extend the lockdown period announced in the country today. The country went into lockdown on March 24. It has so far confirmed more than 90,000 cases of the virus with deaths number higher than 2,800.

The Maldives has on the other hand recently confirmed more than 100 cases of the virus, along with four deaths. The number of recoveries in the Maldives currently stands at 59. Authorities are expecting a surge in the number of cases by the end of May.