Finance: Funds sufficient to meet immediate needs, no cause for alarm yet 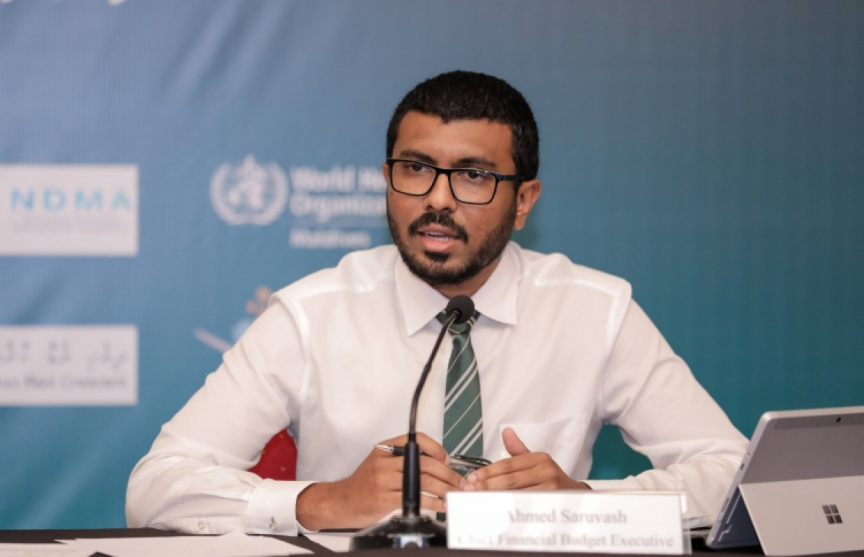 At a National Emergency Operations Center press briefing on Saturday afternoon, Chief Financial Budget Executive Saruvash Adam said the government had sufficient funds to cover its immediate expenses, and that Maldives had not reached the point where people should be overly concerned about the financial situation.

“Finance Ministry continues to work on securing finance. We have alternative sources. We don’t need the funds in bulk. We have enough to cover immediate bills,” said Saruvash.

However, the decrease in income means the government requires more funds to cover its medium-term and long-term expenses.

He said that the USD 200 million the government was working on securing from international financial institutions would not be enough, and stressed the need to impose more cost-cutting measures in light of the changes in income.

“It’s not that we don’t have any funds. I’m highlighting the need to secure more funds. The affairs of the State are being managed sufficiently. We have not reached the point where we should be overly concerned,” said Saruvash.

Finance Minister Ibrahim Ameer, who appeared alongside Saruvash for the press briefing, too, said that the government had sufficient funds to cover its immediate expenses.

He said that what he had stressed, and continued to stress, was the need to cover the MVR 15.8 billion in loss of income Maldives was now projected to incur.

“We, throughout this press conference, were not saying that we did not have any funds.

“We, since the beginning of this press conference, have not been highlighting that we lack funds. That’s not it,” said Ameer. “Even our regular MVR 38 billion budget has a MVR 6 billion finance gap. We are emphasizing the need to secure finance [to cover the deficit].”

MVR 6.1B spent on PSIP projects

Finance to submit 41bil budget to Parliament on Oct 31