Ameer: Pay cuts will not be imposed on frontline workers 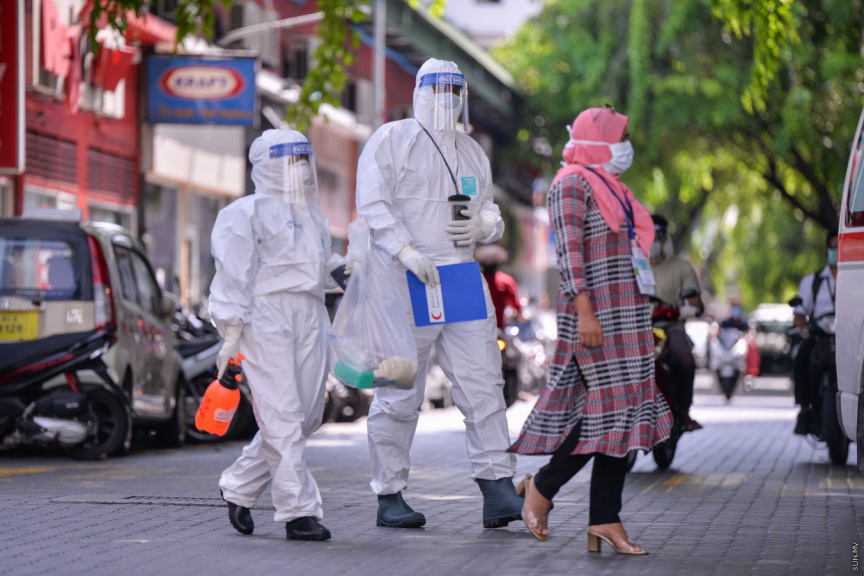 Finance Minister Ibrahim Ameer, on Saturday, said that while the Finance Ministry had made the decision to impose cuts on the pay of some public servants, no such cuts will be imposed on the pay of workers in the frontlines of the battle against COVID-19.

The government has decided to cut the pay of public servants who earn above MVR 20,000.

At a National Emergency Operations Center press briefing on Saturday afternoon, Ameer said that the Finance Ministry was scheduled to release a circular detailing the pay cuts later this Saturday.

He said that while the government had decided to impose pay cuts on public servant, it had also decided to exempt frontline workers from the cuts.

The government has made the decision to pay a new daily allowance within the range of MVR 200 to MVR 500 to frontline workers.

Political appointees, workers in and above deputy minister level, and workers who already receive an allowance for the frontline work are not eligible for the new allowance.

The government had previously imposed a 20 percent pay cut on employees above deputy minister level.

He said the government had also decided to cap the net salaries of all public servants.

Ameer said the pay cuts were expected to save MVR 15 million in monthly government expenditure, offering a measure of relief to the government’s cashflow issues.

'War problematic, but will not derail economy'