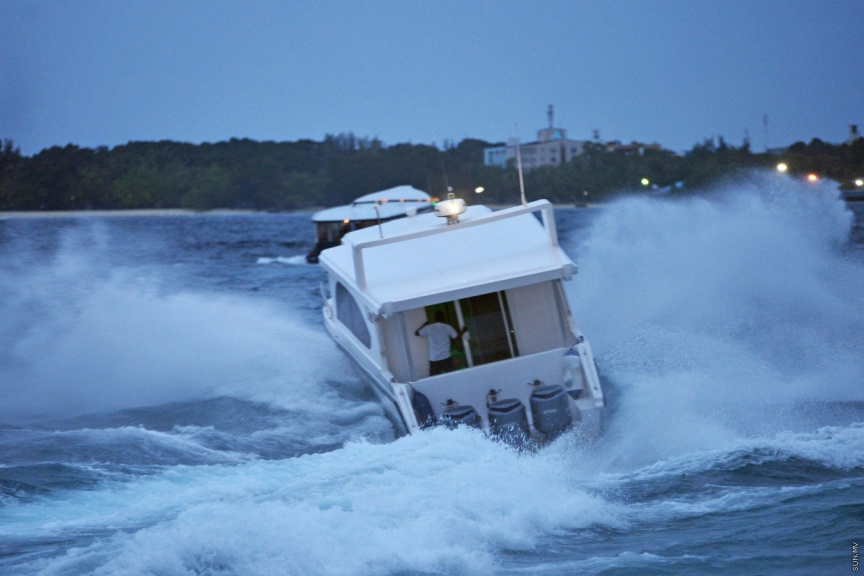 Authorities have warned travelers to remain alert regarding the bad weather in light of dangerous incidents occurring at sea in the last 24 hours.

MNDF requested captains and crews of boats to remain updated on the latest weather forecasts and ensure that the safety measures and standards of the vessels were maintained.

Special attention should be given to ensure an adequate supply of life jackets and the condition of water pumps. Authorities also warned against carrying exceeding the passenger capacity of the vessels and requested open-deck vessels to take extra caution.

Maldives Meteorological Services (Met Office) has issued a yellow alert from Sh. Atoll to M. Atoll, which will expire on 19:00 tonight. Winds speeds could be calculated at around 28-35 miles per hour, which could increase to 50 during gusts.

For the southern region of the country, a white alert was issued by authorities that will expire at 18:30 tonight. Wind speeds for the regions from G.A to Addu City could range from 19-24 miles per hour which could increase to 45 miles per hour during gusts.

The warning by authorities comes after a boat crashed into the western sea wall of Male’ City earlier today. The boat was later destroyed in the rough sea. No one was hurt in the incident, however, agricultural products that the boat was transporting were lost to the sea.