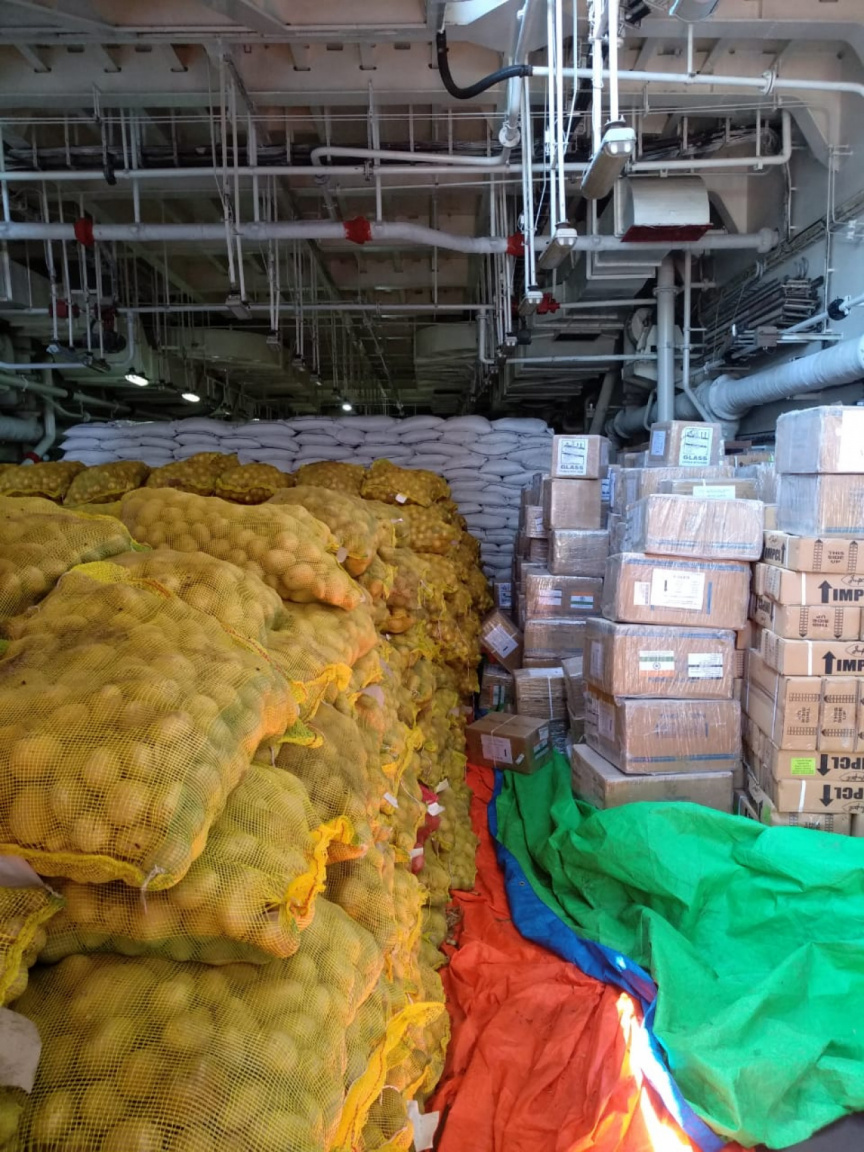 May 12, 2020: India provided the Maldives with 580 tons of food to assist in the ongoing situation with COVID-19. Photo shows some of the items from cleared shipment of aid.

State Trading Organization (STO) has stated that the clearance process of the aid provided by India to the Maldives was now completed.

India provided more than 580 tons of food items via a naval vessel which arrived on May 12. The aid was a gesture of the close relationship between the two countries and was provided upon the request of the Maldivian government.

The Indian High Commission stated that the aid initiative is a part of India’s Security and Growth for All (SAGAR) doctrine. Maldives was the first stop for INS Kesari naval vessel which will go on to distribute food and medicines to numerous countries in the region.

Items supplied by India include:

A statement by the Indian High Commission read that the food supply is a token of friendship from the people of India to the people of the Maldives during the holy month of Ramadan while also stating that the gesture marks another milestone in the time-honored and close relations between the two nations.

While it took just three days to clear the shipment, STO commended its teams involved in the work for tirelessly working to complete the task.