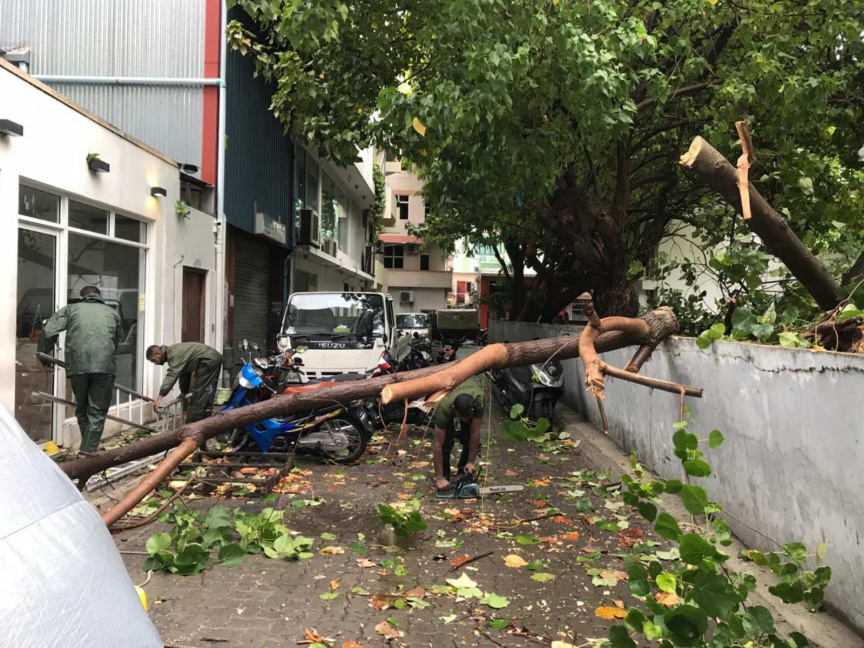 Photo shows a tree toppled over near the Henveiru Cemetery of Male' City as the capital experienced a heavy spell of rain and strong winds on May 15, 2020. (Photo/MNDF)

The Defense Force is working actively to remove the trees that fell. Strong gusts of winds are still being experienced as the capital undergoes a rainy spell.

Two houses in the capital also reported of overthrown roofs.

Heavy rains experienced yesterday in the southern city of Addu had also resulted in flooding.

MNDF also issued an earlier request for sea goers to remain alert. The spell of bad weather could result in rough seas. Met Office has projected winds of 28 to 35 miles per hour, which could increase to 50 miles per hour during gusts.

The whole of the country is under a travel ban imposed in light of COVID-19. However, some instances of violation by people traveling have been reported in the country.