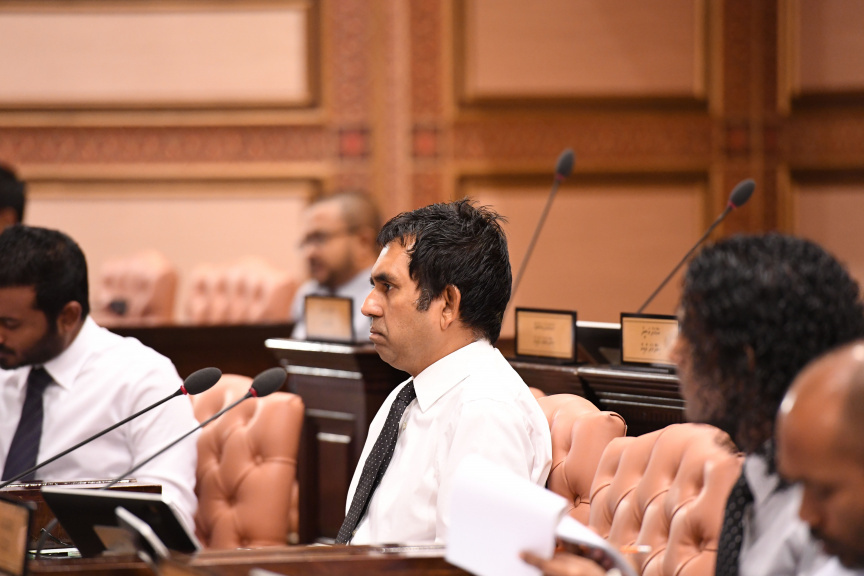 The legislature submitted by People’s National Congress (PNC) deputy leader Mohamed Saeed, designed to allow the people to draw from the pension fund in order to alleviate the impact of the COVID-19 pandemic, has been rejected again.

The Maavashu MP had originally submitted the bill, titles COVID-19 Support Bill, last week. However, he was asked to withdraw the bill and resubmit it after revising it as it contained provisions which would impact the treasury.

The Standing Orders of the Parliament dictates that legislature which affect the treasury must be sponsored by the government, and must be submitted by a government lawmaker.

Saeed had resubmitted the bill following revisions on Tuesday.

At the virtual parliamentary sitting on Wednesday morning, Parliament Speaker, former President Mohamed Nasheed announced that the bill continued to have provisions which impact the treasury.

“This, according the Standing Orders of the Parliament, can only be submitted by the government in power through the ruling party. Therefore, I am sad to inform the honorable lawmaker that I am unable to accept your bill,” said Nasheed.

Saeed’s bill, in addition to being designed to allow people to draw from the pension fund, is also designed to defer 50 percent of the rent payment on residential apartments, government’s corporate lands, farmland, and tourism properties. Most of the deferments were for six months.

It also states that the provisions of the bill must be interpreted and implemented in a manner which did not affect the State’s income.

Saeed, in a letter he submitted along with his revised bill, stated that the bill had been revised so that the income of the State would not be affected, and asked that the Parliament accept the bill in order to support the people overcome the current crisis.