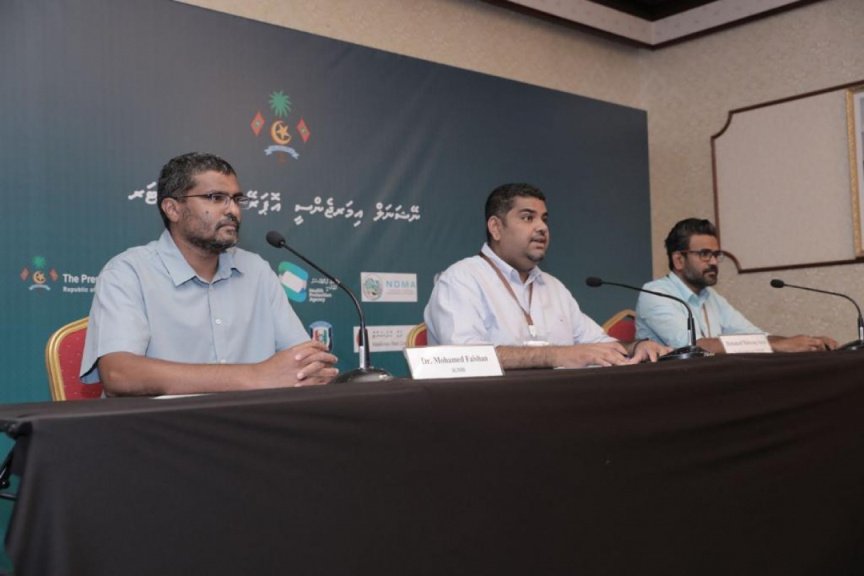 Indhira Gandhi Memorial Hospital (IGMH) doctors who treated the Bangladeshi COVID-19 patient believe it likely he had died from complications due to a preexisting medical condition unrelated to the coronavirus infection.

The deceased has been identified as a 33-year-old Bangladeshi man.

At a National Emergency Operations Center press briefing this Tuesday afternoon, IGMH physician, Dr. Mohamed Faisham said he died from a hemorrhagic stroke, after a weakened vessel ruptured and bled into his brain.

He said that the bleed was also believed to have been the cause of his tonic-clonic seizure, which was the reason why he had been transferred from Senahiya Hospital to IGMH on Wednesday evening.

Dr. Faisham said that while COVID-19 was found to sometimes restrict blood flow to the brain, the bleed in the patient’s brain had been due to a ruptured vessel.

He said that it was possible the vessel ruptured due to a tumor or another preexisting medical condition.

“It’s unlikely the death was due to COVID… It’s more likely what happened to his brain is due to another preexisting medical condition,” said Dr. Faisham.

While the cause of death has been ruled as a hemorrhagic stroke, his death has been classified as a COVID-19 related death in accordance with World Health Organization (WHO) guidelines.

The man had been tested for COVID-19 as part of IGMH’s new protocol for all hospitalized patients in light of the community spread in Male’.

When questioned by Sun whether there had been any sign of coronavirus infection on his lungs, Dr. Faisham said that no sign of infection had been found on his lungs, and that he had not presented any other symptoms consistent with the disease either.

“But we are talking to his contacts to establish whether he had showed any symptoms prior to the deterioration of his condition,” he said.

IGMH pulmonologist, Dr. Moosa Hussain said the doctors had done everything they could to try to save his life, but that he had already been in critical condition when transferred to the hospital.

Dr. Moosa said that the doctors had only a narrow span of time in which to save his life.

The man had succumbed to his illness and passed away on Tuesday morning.

Dr. Moosa said the man had suffered two cardiac arrests before he passed away, and had been breathing with the assistance of a ventilator.

NEOC spokesperson Mabrouq Azeez said the health authorities had been able to reach his family through the Bangladesh High Commission, and that they had given consent for his body to be buried in Male’ and in accordance with Health Protection Agency (HPA) protocols for burial of COVID-19 patients.

Mabrouq issued a short prayer for the deceased to be granted a place in eternal paradise before concluding the press briefing.

Changes to top positions within IGMH

IGMH calls against misinformation regarding patients