Stranded travelers can return to islands, but will need to undergo 14-day quarantine 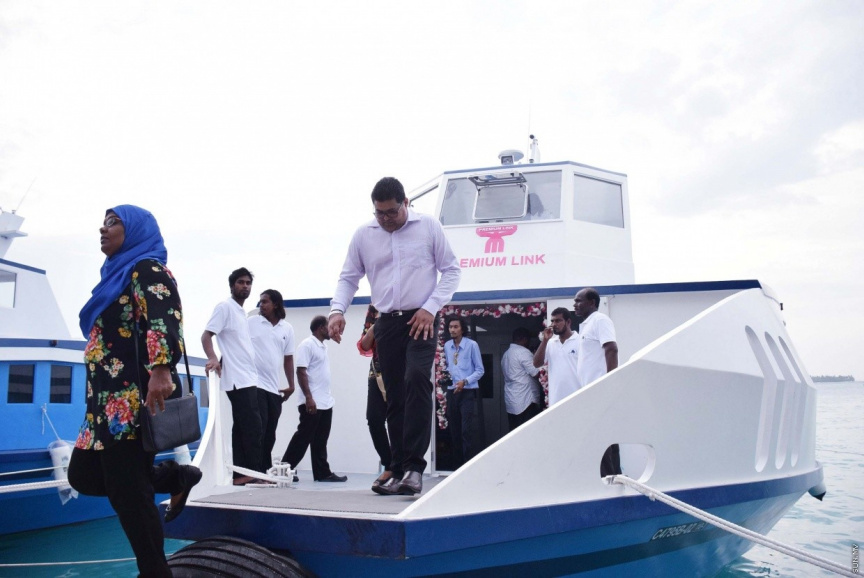 Passengers disembark a ferry between Male' and Hulhumale' on March 4, 2016. (File Photo/Sun/Fayaz Moosa)

National Emergency Operations Center, on Saturday, announced that while residents of islands stranded in Male’ due to the lockdown will be allowed to leave the capital, they will need to undergo 14-day quarantine upon return to their home islands before they are allowed to integrate into the community.

At the NEOC press briefing tonight, spokesperson Mabrouq Azeez said that the government had established two methods of quarantine.

Male’ identified its first virus case on April 15, prompting a lockdown on the Greater Male’ Region and a nationwide ban on non-essential travel between islands. The move left hundreds of people who had travelled from the atolls to Male’ on short-term trips stranded and unable to return to their homes.

Local Government Authority (LGA) had issued an announcement seeking information regarding stranded travelers on April 27. Some who applied for government assistance are being provided food and accommodation.