54th Anniversary of VIA celebrated with social distancing 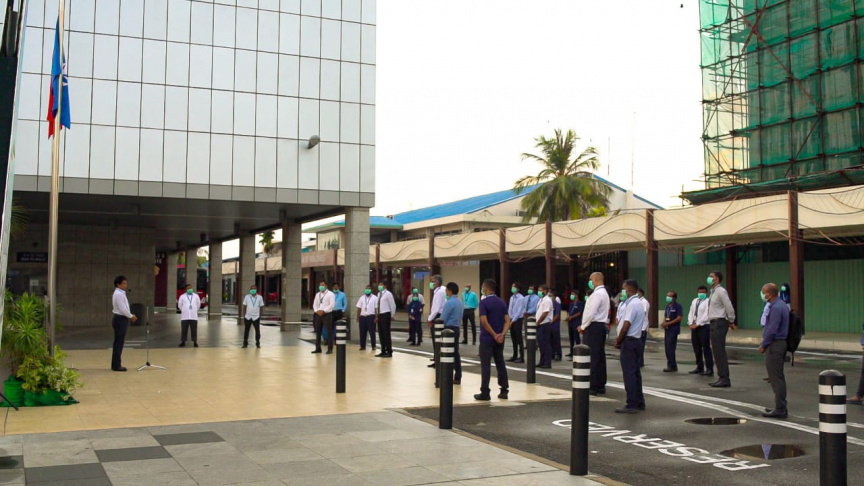 April 12, 2020: The 54th anniversary of the Velana International Airport was celebrated with a flag raising ceremony at the airport. (Photo/MACL)

The 54th anniversary of the Velana International Airport was celebrated with a flag-raising ceremony at the airport.

Social distancing was practiced at the event held amid the situation with the Covid-19 virus in the Maldives. Safety and preventive measures were taken during the ceremony to celebrate the airport which is the main international port of entry into the country. Participants even wore face masks as a preventive measure against the virus.

Solih also stated that the busy airport which once dealt with 40 international aircraft per day now only deals with two due to the pandemic virus. The number of domestic travels had also been drastically reduced noted, Solih.

“Before we operated 50 domestic flights, which has been reduced a lot,” said Solh who added that the operations of the airport would be conducted according to the guidelines of HPA. He added that the airport’s employees were its prime asset and expressed gratitude towards its employees.