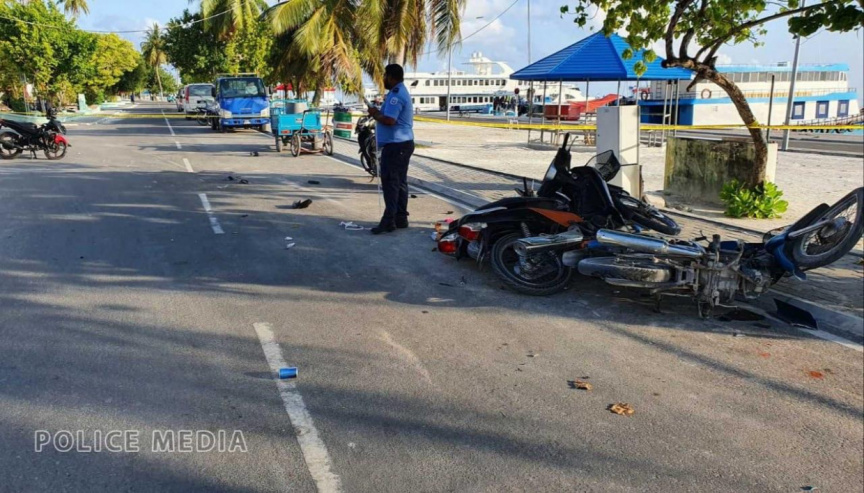 Two people have been injured in a motorcycle crash in Dh. Kudahuvadhoo.

According to the police, the accident took place at approximately 6:15 am this Saturday, and involved a motorcycle driving along the marine drive street, which lost control and crashed into three motorcyles parked in front of a café.

There were two people on the motorcycle, both of whom were identified as 18-year-olds.

The driver does not possess a license, said the police.

The crash is under investigation by the police.