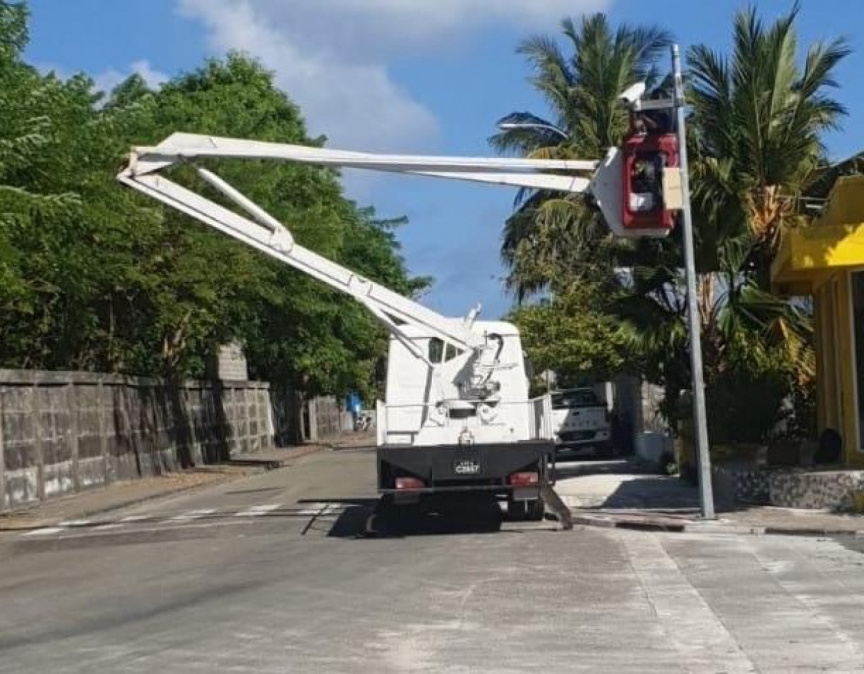 A CCTV camera is installed in a street in Addu City. (Photo/Maldives Police Service)

According to a police spokesperson, the additional cameras increases CCTV presence in Addu to eight cameras in four areas.

The police will continue to expand the CCTV camera presence in Addu, said the spokesperson.

The camera surveillance system in Addu had been launched in December, 2013, in a bid to enhance policing and prevent or reduce street crimes.

The original plan had been to install cameras in five areas of Addu.