Counsel General: Constitution can be amended is this situation 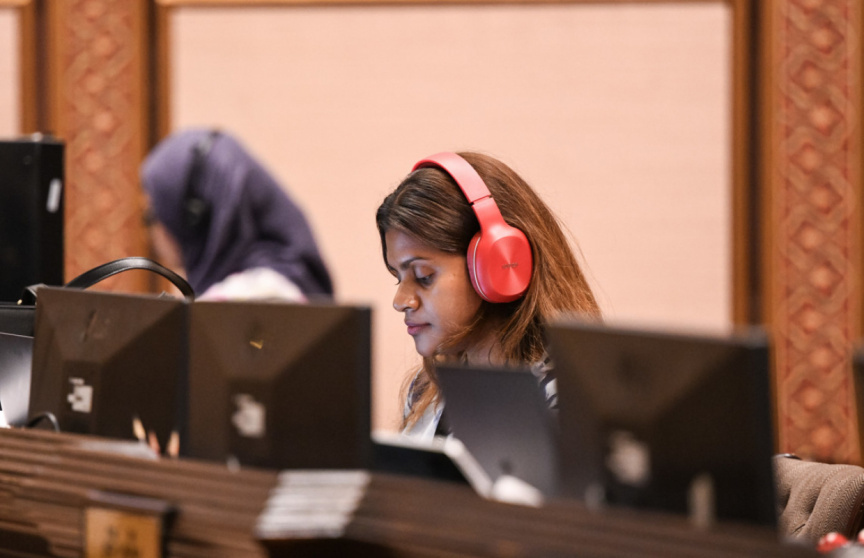 Filza made the remark after the Parliament Speaker, President Mohamed Nasheed asked for her legal opinion following a debate over the legality of an amendment proposed by the government to the Constitution, which is designed to extend the term of incumbent councilors, in order to solve the legal vacuum which will result from a further postponement of the Local Council Elections 2020.

A separate sunset bill has been submitted to postpone the elections as late as January 6, 2021.

Parliamentarians were divided over the issue, and Nasheed asked for the legal opinion of the Counsel General.

Counsel General Filza said that there was no legal ground to prevent a constitutional amendment, for as long as the President does not invoke Article 253 to declare a state of emergency.

Article 253 states that the President has the authority to declare a state of emergency effective nationwide or select areas for a duration which does not exceed 30 days if Maldives faces a natural disaster, an outbreak of a deadly infectious disease, a war, or a situation which threatens national security.

Filza noted that the state of public health emergency in effect in Maldives had been declared under the Public Health Act, which grants the Health Minister the authority to make the declaration, if the Director General of Public Health, based on evidence, establishes there to a public health emergency in Maldives, and finds that it warrants special measures to solve or contain it, and counsels the Health Minister to invoke the provision.

In contrast, the state of emergency which Article 253 refers to is a state which is both declared and sustained in accordance with protocols and conditions which is expressly dictated in the Constitution, said Filza.

Filza said that while the Constitution stated that no constitutional amendment may be made during a state of emergency invoked under Article 267; Article 253, Article 254 and the law on the interpretation of the Public Health Act showed that, the situations which warrant a state of emergency to be declared under Article 267 is different from the state of public health emergency which is currently in effect under the Public Health Act, a law which took effect in 2012, after the Constitution took effect.

“Therefore, based on the aforementioned points, I conclude that there is no legal ground to object to an amendment of the Constitution, for as long as the President has not decreed a state of emergency under Article 253 of the Constitution.”

Minister Ameen warns virus situation is not yet over