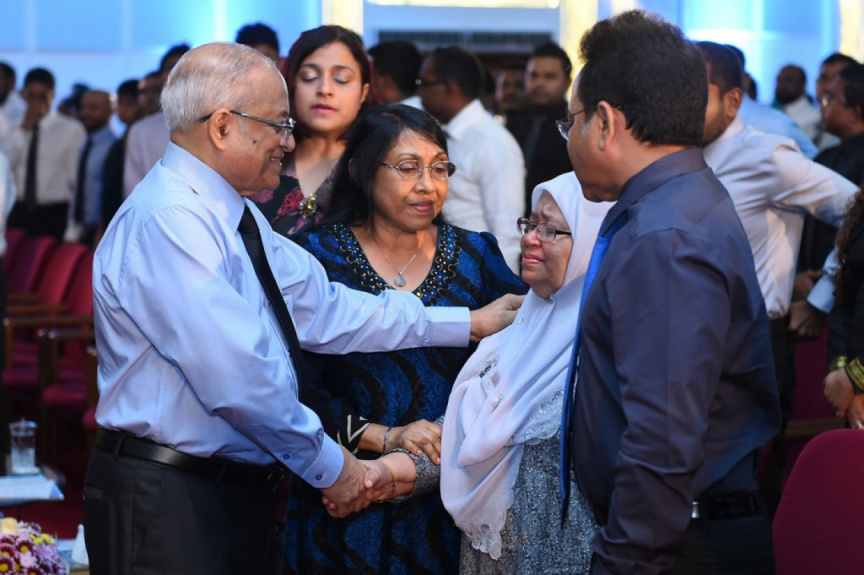 Moonima Abdul Gayoom, the sister of former Maldivian President Maumoon Abdul Gayoom, passed away this Monday at the age of 79 years.

Moonima’s career in public service spans over 22 years. She began her career as a teacher at Ameer Ahmed School, and later went on to teach at Ameeniya School.

She also served on the National Council on Dhivehi Language and History, and at the Galolhu District Office.

Maimoona is also the half-sister of another former Maldivian President, Abdulla Yameen Abdul Gayoom, and the grandmother of Bassam Adeel Jaleel, the President of Football Association of Maldives (FAM).

Her funeral prayer is scheduled at the mosque in the Aasahara Cemetery after Asr prayer.