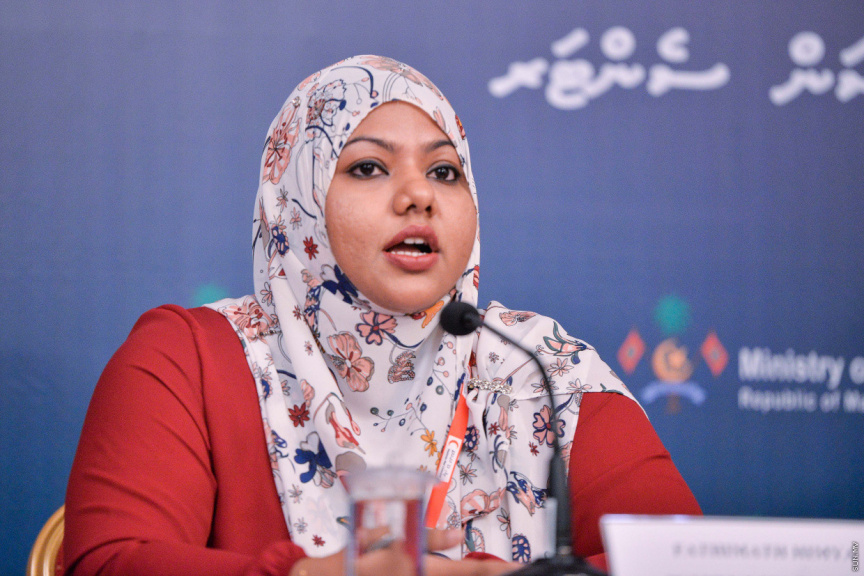 The Maldivian Red Crescent has requested the public against discriminating against those who undergo testing for the Covid-19 virus in the country.

The Maldives has so far confirmed 19 cases of Covid-19. 11 of these cases were from resorts within the country, while four originated from safaris. A large number of safaris and resorts were also placed under monitoring mechanisms due to suspected cases. Out of the 19 cases, 13 have made full recoveries.

In a news conference held in Dharubaaruge last night, Secretary-General of Maldives Red Crescent Fathimath Himya stated that public awareness regarding the virus has to be increased.

“Discrimination by the public towards those who are suspected and tested for the virus is big. We are receiving reports from many different sources,” said Himya.

She noted that those from resorts who were tested for the virus after being suspected had faced difficulties in returning back to normal life after arriving back in their islands. Himya stated that similar cases had occurred in Male’ as well.

“We have to think about this and end the discrimination. Today we are talking about those who are suspected of the virus. It is difficult for us to currently imagine the situation with those who test positive for the virus.” said Himya who added that the discrimination existed towards foreigners as well.

Himya also said that anyone could be infected with the virus and that the preventive measures still needed to be strengthened,

Currently, only four locals are being treated for the virus in the Maldives. They are all returnees from the United Kingdom.