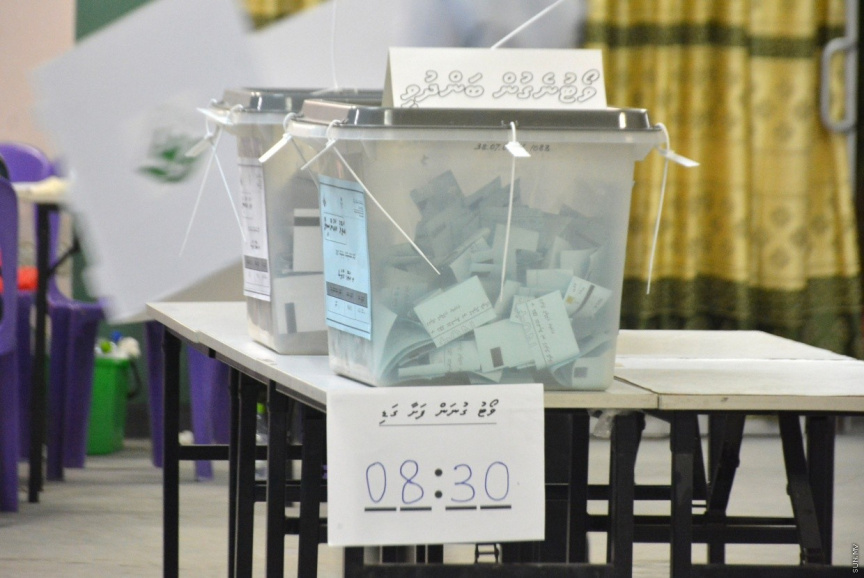 A sunset bill has been proposed to the Parliament to move the date of the local council elections to January 2021.

The elections which were initially planned for April 4, were moved to April 18, due to the ongoing situation with Covid-19 in the Maldives. The date is the most Elections Commission can delay through the law.

Attorney General’s Office has formed a sunset bill to move the date of the election to January 2021, following the advice of health professionals.

In a press conference today, Speaker of the Parliament Mohamed Nasheed stated that the parliament had received the bill and the first hearing of the bill would commence next Monday.

“The bill regarding the election has now been received by the parliament. God willing, we will begin speaking on the bill next Monday. The first reading will be held.” said Nasheed.

He added that work on the bill would proceed rapidly, upon the advice of the secretary-general of the parliament and councilor general, since a date for the election is still set. A question by “Sun” regarding the mindset to move the elections was responded to by the Speaker, who stated that he did not know what the bill consisted of yet.

“The bill, I do not know how the law will be. The honorable MPs will know about it,” said Nasheed who added that the first idea was to hold the elections on the advice of health professionals. He said that the mindset has now completely shifted.

The bill is aimed to fill a vacuum in the law that might occur if councilors are to remain in their posts after the duration of their terms lapse.