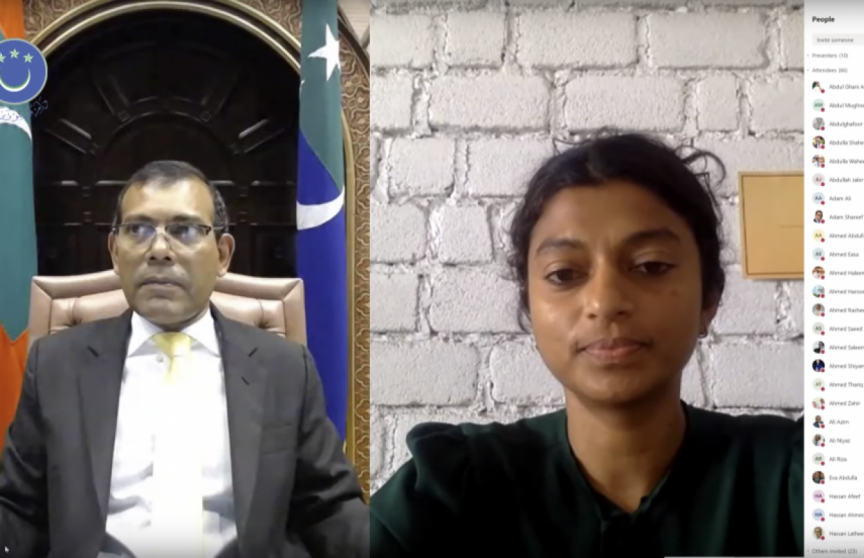 Speaker of the Parliament Mohamed Nasheed has shared the details of the ongoing online session work of the Maldivian Parliament with the Commonwealth Parliamentary Association and Inter-Parliamentary Union.

The details were shared in a letter by the Speaker Nasheed and outlined important measures taken by the Maldivian government in its efforts to curb the Covid-19 pandemic virus. The measures include the quarantine of international arrivals in the country and the suspension of domestic and international travel as well as the closure of cafés and restaurants in the capital.

The letter also noted that the parliament was ready to assist Maldivians in any given situation during the public health emergency announced in the country.

In the letter, the Speaker sent well wishes to member countries and to overcome the situation with the virus as quickly as possible.