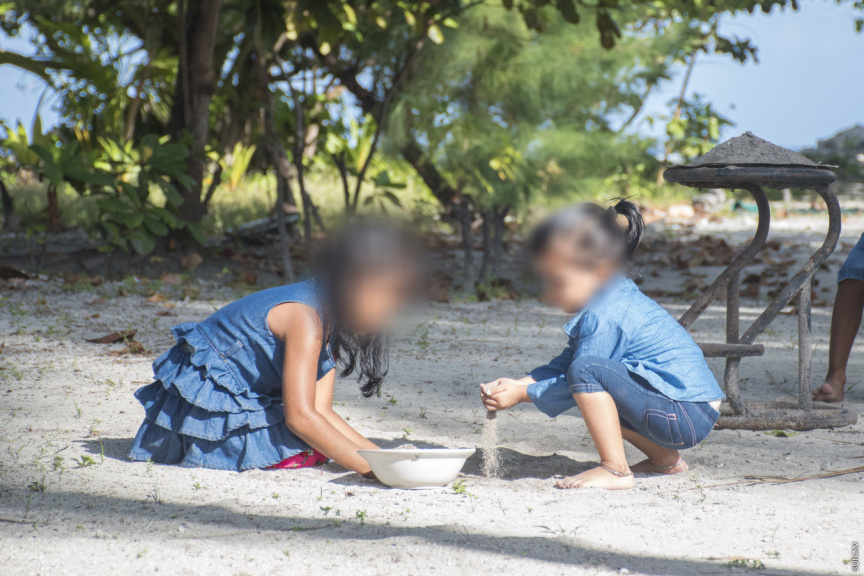 Children play with sand in a beach at a Maldivian island. (File Photo/Sun/Mohamed Muzain Nazim)

Maldives Police Service has launched an investigation into the sexual abuse of a two-year-old girl in central Maldives.

According to the police, the case was submitted to the North Central Police Division on Friday, March 27.

While no arrest has been made as of yet, the case is under investigation as a serious crime, said the police.

The case comes after a 20-month-old girl was sexually abused by her paternal grandfather and great-grandfather in G. A. Kanduhulhudhoo in January, sparking widespread protests in Maldives.

'This is the time to be true friends to constituents'