Nasheed: Democracy is not under house arrest, work of Parliament continues 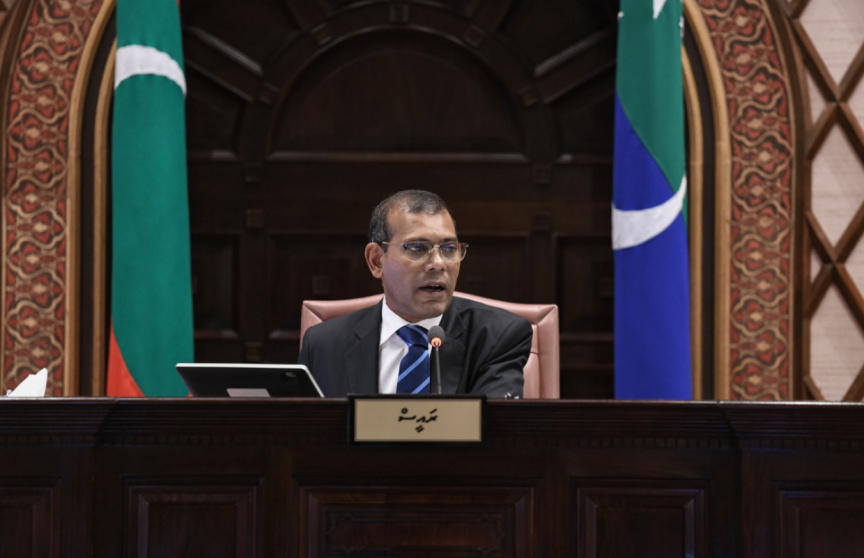 Parliament Speaker, President Mohamed Nasheed, on Monday, said that despite the members of the Parliament now being confined to their homes to curb the spread of the new coronavirus, their work continued unimpeded, online.

“Our democracy is not under arrest,” said Nasheed in a tweet.

The Parliament had made the decision to begin working from home in a vote taken between parliamentary group leaders and committee chairs on March 24.

The first session to be held online, using Microsoft Teams, is scheduled to begin at 11 am this Monday.

It marks the first time for a session of the Parliament to be held online in Maldivian history.

The Parliament will also become the first legislative body in the world to go online.

In a recent interview to Zee Media, Nasheed noted that a quarter of the world population was now confined to their homes, including parliamentarians.

“But the world’s parliaments cannot just stop representing their people during this crisis. The institutions of democracy must continue to function. The Maldivian parliament will go on meeting online and all of its work will continue unimpeded,” he said.

Nasheed also said that he expected the current crisis will “change the world order; how we live; and how we produce and consume goods and services".

He said that Maldives had always managed to overcome challenges, no matter how big.

“I am confident of the fact that the Maldives will emerge from this crisis, and prosper once more,” said Nasheed.

The Parliament held a rehearsal to allow parliamentarians to familiarize themselves with the software and iron out glitches on Saturday.

The item in the agenda for this Monday’s session is on the submission by MDP parliamentary group leader, Central Henveyru MP Ali Azim regarding mitigating the economic impact on businesses and families due to COVID-19 prevention and containment measures.

All 13 foreign cases in Maldives recover from Covid-19