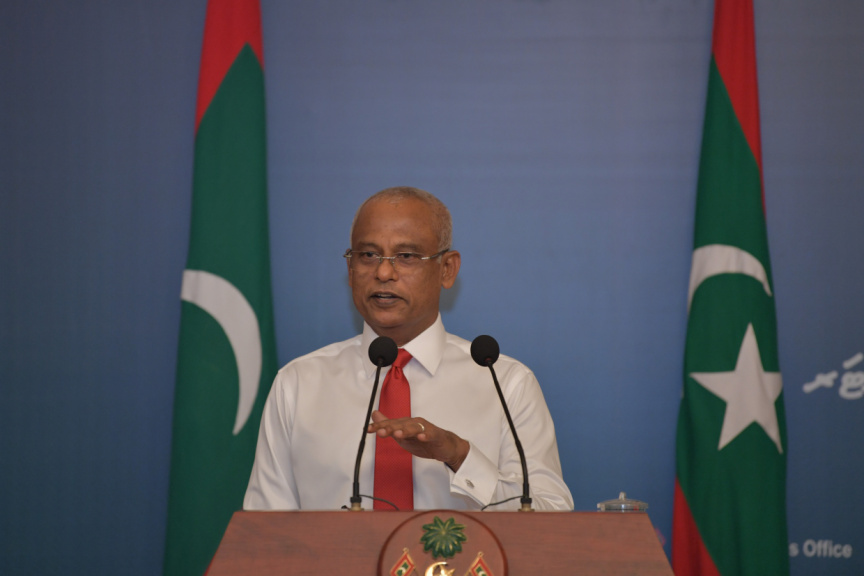 President Ibrahim Mohamed Solih, on Wednesday, said the government would consider regulating the high rent rates in the Maldivian capital, Male’ City, but that it had yet to make any such decision.

President Solih, on Wednesday evening, had appeared for his first press conference since the emergence of cases on COVID-19 in Maldives.

He was asked by a reporter whether the government had a policy on concessions to tenants.

President Solih responded that he too believed the rent rates in Male’ to be high, but that the government did not have a policy to regulate rent rates, as of now.

“The rent rates in Male’ are high, even by global standards. It’s the same as the most expensive cities. The government has not regulated it yet. But I accept the suggestion. In Sha Allah, I shall consider it,” he said.

The COVID-19 pandemic has hit the Maldivian economy hard – with its high dependency on tourism and imports.

Tourist arrivals have dropped drastically, resulting in many resorts suspending operations and either laying off their workers or imposing pay cuts. Meanwhile, guesthouses and city hotels are now closed to international tourists to prevent virus outbreaks in residential islands.

In an effort to ease the burden on businesses and individual citizens, the government has announced a MVR 2.5 billion economic stimulus package.

It has granted a six-month extension on student loans, and has secured similar extensions on housing loans by Housing Development Finance Corporation (HDFC) and loans by Bank of Maldives (BML).

BML has also decided to invest MVR 308 million from its profits to assist resorts, guesthouses and other businesses.

Maldivian health authorities have warned the success in containing the virus so far did not make the risk the virus posed to the general population any less.