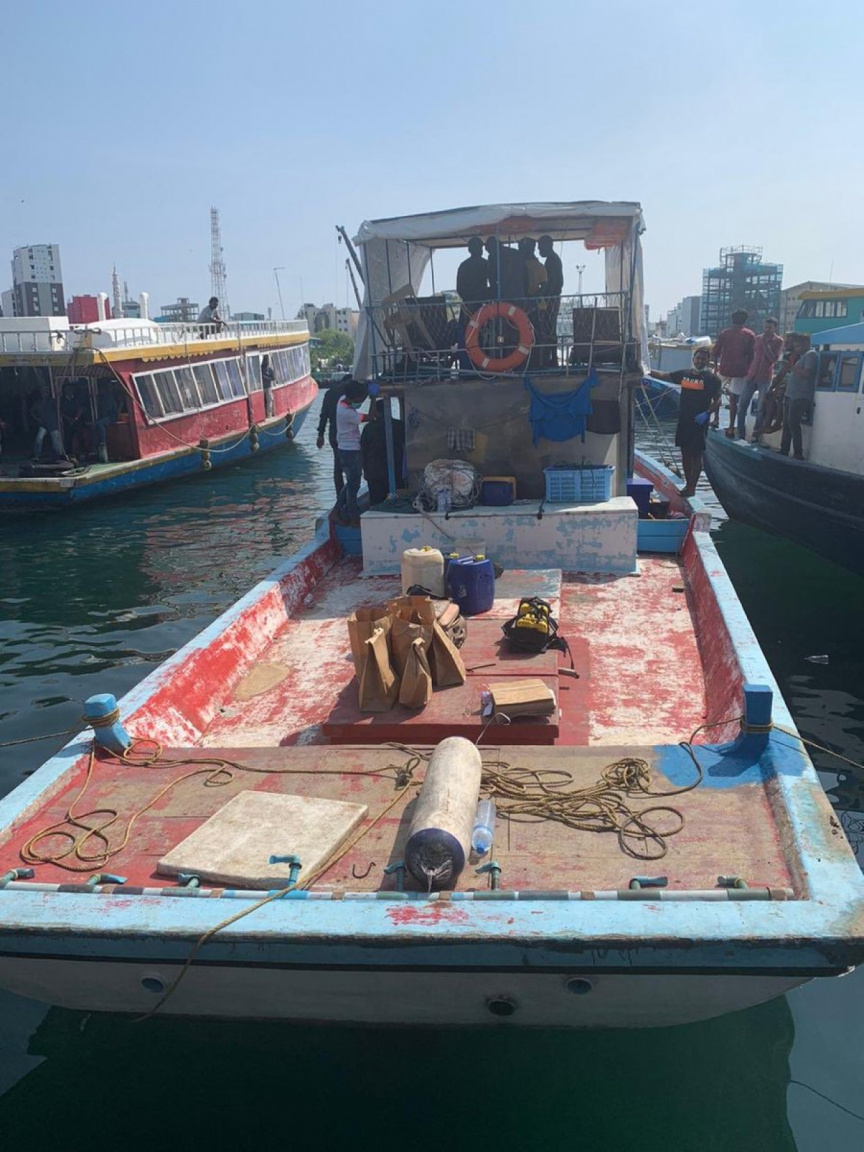 The Drug Enforcement Department, in a join operation with the Police Intelligence and Marine Police, has seized 61.06 kilos of heroin from a local fishing boat, and made 11 arrests.

The news of the successful operation was announced by the Commissioner of Police Mohamed Hameed in a tweet this Thursday.

He said the operation had taken nine days.

He said the heroin seized in the operation had an estimated street value of MVR 72 million.