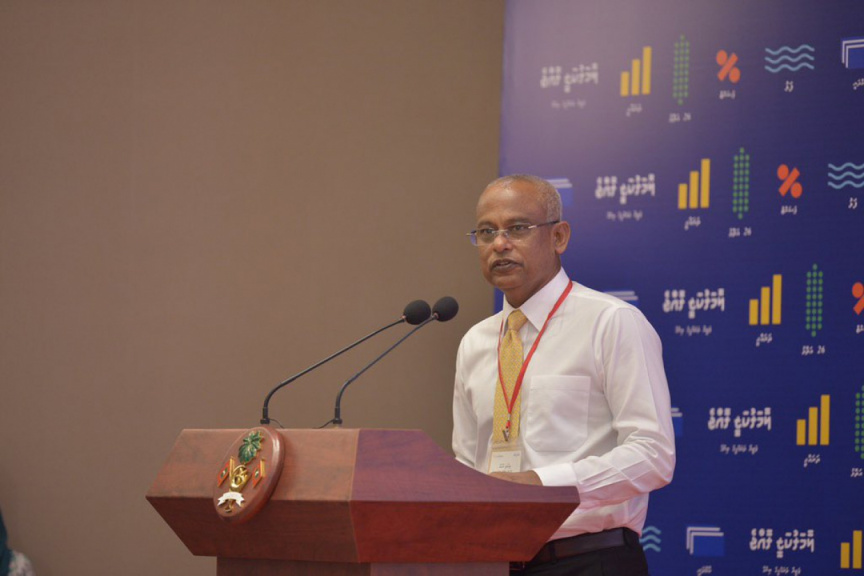 The World Bank has pledged USD 10 million to the COVID-19 emergency relief fund set up by Maldives.

The decision was announced during a press conference by President Ibrahim Mohamed Solih at the National Emergency Operations Center this evening.

Maldives had established the COVID-19 emergency relief fund with an initial pledge of USD 200,000.

President Solih stated that foreign financial institutions were very cooperative in assisting the Maldives during this situation.

“We have received a grant of USD 10 million from the World Bank to the Covid-19 fund. Other than this, discussions with banks such as ADB, OPEC, IDB, AIDB are underway," said the President.

President Solih noted that the government had no intention on obtaining the economic packages offered by the IMF in this situation due to the terms and conditions such as reducing employee wages.

President Solih also expressed gratitude towards nations that were assisting the Maldives in this situation, before highlighting the alleviations brought by the government to the public such as postponement of loan repayments, increasing foreign currency cash flow.

The government is estimating a loss of MV R 6.5 billion in revenue due to the situation with the virus.

'Enough food stock in all islands to last one month'