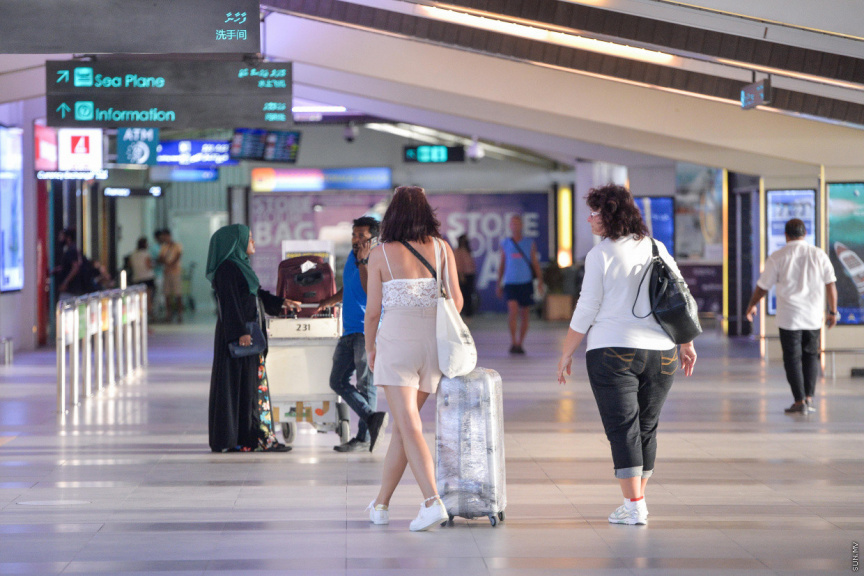 The Maldivian government, on Wednesday, announced a the decision to suspend issuance of on-arrival visas in an effort to prevent and contain outbreaks of COVID-19 in the country, effective from March 27.

The decision was announced by President Ibrahim Mohamed Solih at a press conference at the National Emergency Operations Center in Dharubaaruge this Wednesday evening.

The decision to tighten travel restrictions and suspend issuance of on-arrival visa was made following discussions with tourist industry stakeholders.

Maldives, which had once enjoyed thousands of tourist arrivals per day, now processes approximately 200 tourists per day.

The escalation of virus cases across the globe had forced Maldives to impose travel restrictions on arrivals from top source markets such as China, Italy, UK, Spain, and cities in France and Germany to prevent the virus from entering the country.

The president announced that the Maldives will stop issuing on-arrival visa from March 27 onwards.

“Meaning that no one from abroad cannot enter the country until a further decision is made.” Said the President.

President speaks to the press on COVID-19 situation