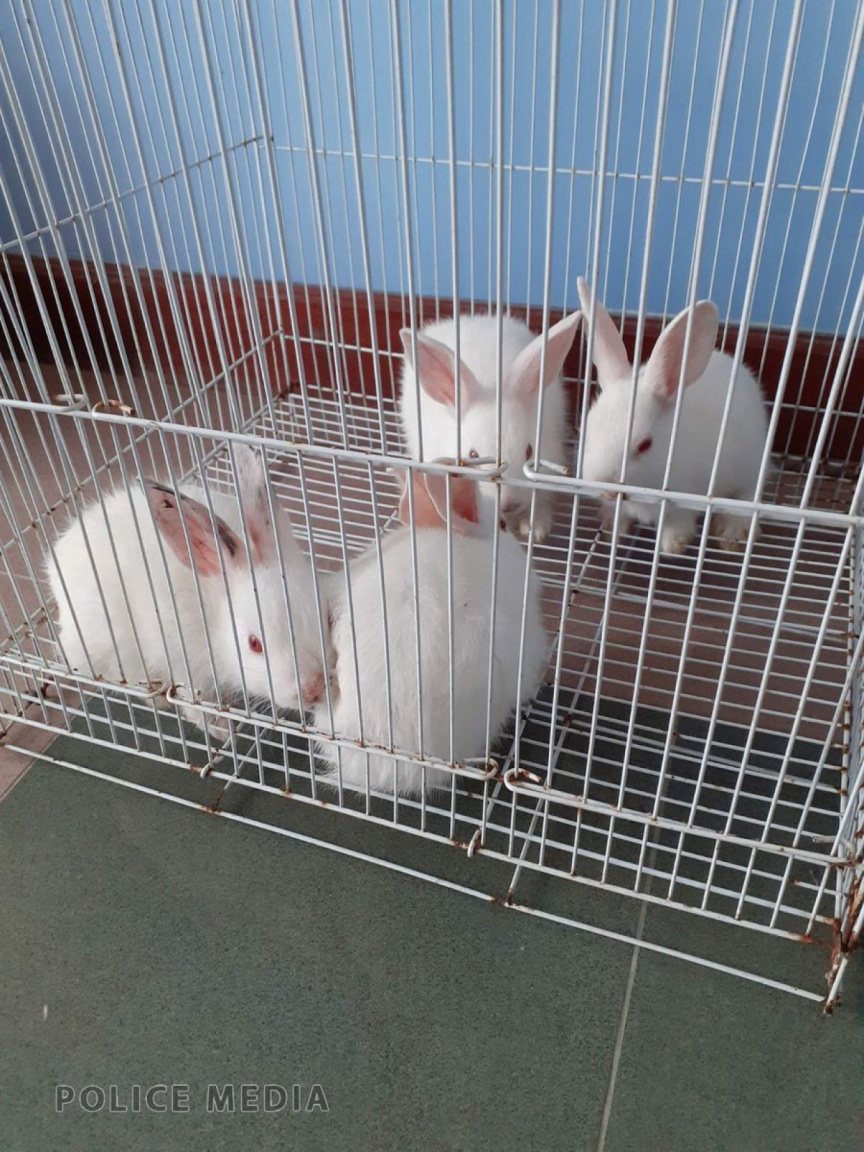 Four of the five rabbits stolen from a private residence in H. Dh. Kulhudhuffushi on March 17, 2020. (Photo/Maldives Police Service)

Maldives Police Service has arrested a man from H. Dh. Kulhudhuffushi suspected of stealing rabbits from a private residence in the island.

According to the police, the theft was reported to the agency on March 17.

The thief stole five rabbits in total; four of which have now been found. The police continue to search for the fifth rabbit.

The man held in connection to the theft has been identified as a 30-year-old Maldivian male.

COVID-19 test arrangements to be made in Kulhudhuffushi